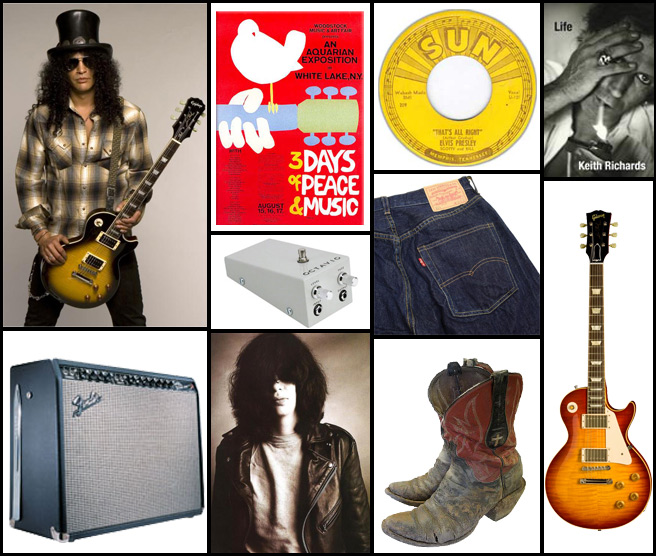 If your pop is of a certain age, his rock-star dreams probably got no farther than his parents’ garage. You know why: He regularly stumbles over the lead notes of “Don’t Stop Believin’,” turns the snarling main riff of “Enter Sandman” into a train wreck, and butchers the ringing power chords of “Jumpin’ Jack Flash.” Instead of suffering silently through his atonal cacophony, give the old guy an incentive to sharpen his game with these rock ’n’ roll gift ideas. They may not make him a rock idol, but he’ll look and play more like one.

He plays a lightweight Asian knockoff of a Gibson Les Paul, right? At this point in his life, he deserves the real deal, preferably in sunburst. It’s a big-ticket item, but you and your sibs can all chip in. He and your mom put you through college, remember?
It’s a fact: There’s some debate about who actually designed the Les Paul, which was introduced as a Goldtop in 1952. To hear guitarist Les Paul tell it, he’s responsible for his namesake, but historians such as George Gruhn give Gibson president Ted McCarty most of the credit.
He might also like: Fender Stratocaster, Gretsch Duo-Jet, Rickenbacker Capri

2. Pedals for the metal

The reason why your dad doesn’t sound like Jimi Hendrix is probably a lack of talent, but it could also be a lack of equipment. If, for example, he’s fixated on playing “Purple Haze,” he’ll need an Octavio pedal. New ones are white and look like a wedge of cheese. Just get him one, already.
It’s a fact: Jimi Hendrix always referred to Roger Mayer’s Octavia effects box as his Octavio, which is why there are two spellings for this same device. Not surprisingly, Hendrix’s stuck.
He might also like: Maestro FZ-1 Fuzz Tone (hear it on “(I Can’t Get No) Satisfaction”), MXR Distortion + (“Crazy Train”) 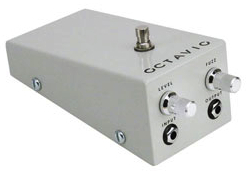 3. Bring in the noise

Your pa probably has an amp, but if he doesn’t have a Fender Twin Reverb from the mid-1960s, with 85 watts of power and tilt-back legs, he needs one. Replacing the tubes when they burn out will give him something to do, and you’ll get regular spells of peace and quiet.
It’s a fact: Leo Fender designed the Dual-Showman for surf guitarist Dick Dale, who pushed Fender’s early amplifiers so hard they would literally burst into flames. By 1974, the Grateful Dead were touring with their legendary Wall of Sound (below).
He might also like: Marshall JTM45, Vox AC30 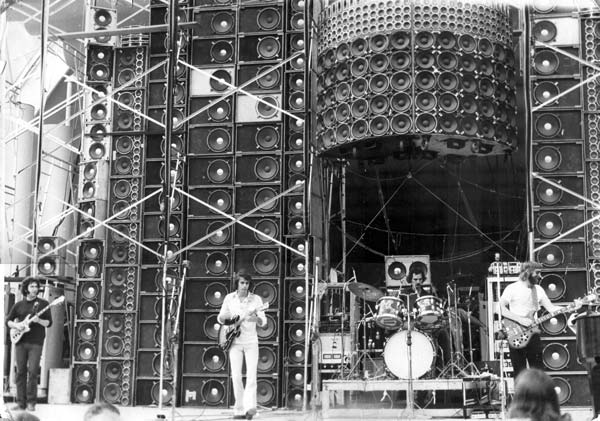 Even if he doesn’t have a record player, dad’s sure to appreciate an Elvis 45 with a bright yellow Sun label on it, considered by many to be one of rock’s holy grails. Don’t buy a fake, though; make sure you can spot the push marks beneath the label.
It’s a fact: Sun 45s are undeniably cool, but in terms of sound dynamics, quality, and clarity, a pristine 78 beats a 45, and even a CD, any day.
He might also like: Beatles 45s on Parlophone, Vee-Jay, Tollie, or Capitol 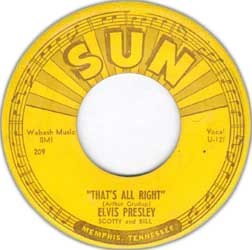 Written with presumably a great deal of help from James Fox, this candid autobiography got a lot of press last year for its brutally honest assessments of band mate Mick Jagger’s ego, as well as his anatomy. But its most fascinating aspect was the glimpse into Richards’ songwriting and playing style, as well as his musical influences, the most obvious being Chuck Berry.
It’s a fact: The Rolling Stones’ signature sound comes from Richards’ open-G tuning. To replicate it, remove the lower E string, then tune the A to G and the high E to D. This leaves you with five strings tuned G, D, G, B, D. That’s right; just three notes.
He might also like: “Shakey: Neil Young’s Biography” by James McDonough, “Bill Graham Presents: My Life Inside Rock And Out” by Bill Graham and Robert Greenfield 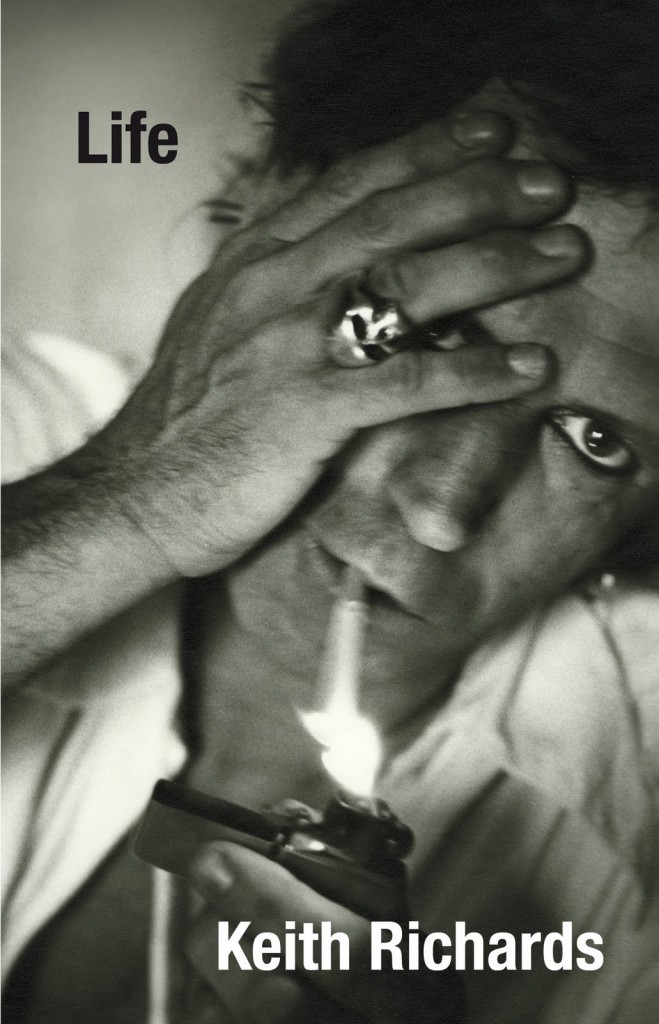 While instruments and gadgets are the tools needed to make music, rock posters can be the inspiration. Posters from the 1960s are especially cool, with eclectic line-ups (in 1969, the year “Tommy” was released, The Who shared a bill with Woody Herman and his Orchestra …) and low ticket prices (… for just $3!).
It’s a fact: The original poster for Woodstock was designed by David Byrd, but when the location shifted to Max Yasgur’s farm in Bethel, New York, promoters commissioned a second one (below) by Arnold Skolnick.
He might also like: Hatch Show Print, Gary Houston, Marq Spusta 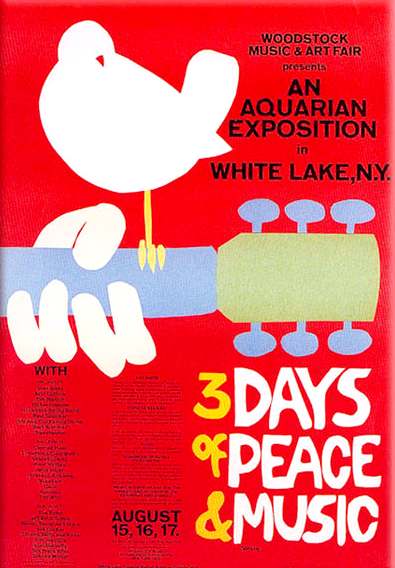 Schott Perfecto black leather motorcycle jackets have been worn by everyone from James Dean to Joey Ramone (below). Think your dad can handle one?
It’s a fact: Among all World War II bomber jackets, the A-2, especially those that have been hand-painted or retain their original embroidered patches, are most prized by militaria collectors.
He might also like: “Dude” sweater, aloha Hawaiian shirt 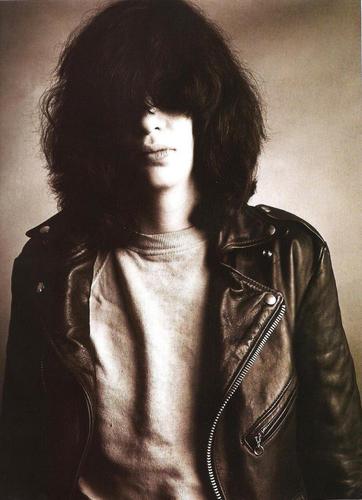 A pair of well-worn Levi 501s, preferably with a button-up fly, will give dad retro cred with his music buddies. Plus, old denim is super comfortable.
It’s a fact: The red tab on a pair of 501s’ right-back pocket is an easy way to date a pair of Levi’s. When these tabs first appeared in 1936, the word “LEVI’S” was stitched into the tab. Tabs from the early 1950s have the word stitched on both sides. By 1971, only the letter “L” was capitalized.
He might also like: Levi’s “Sawtooth” denim shirt 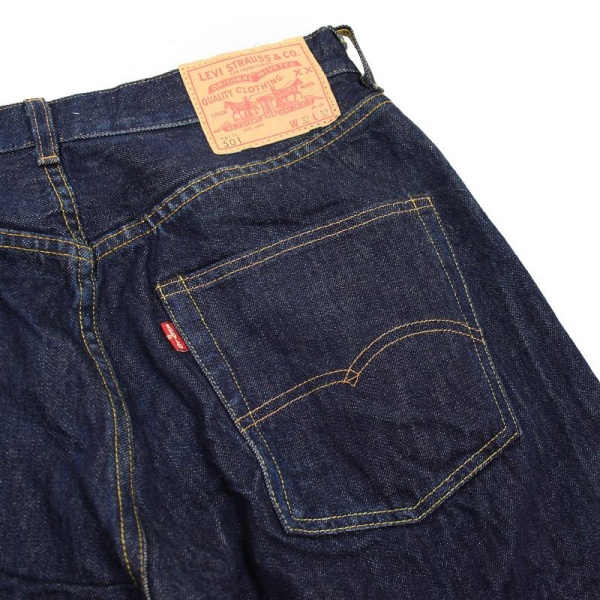 Help dad stand tall by getting him a pair of real, vintage cowboy boots, preferably by Tony Lama, Justin, or Lucchese. The more worn out they are the better.
It’s a fact: Cowboy boots had round or square toes until sometime in the 1940s, when pointy toes were introduced for reasons of style rather than functionality. But the boot’s arched sole and pronounced heel was designed to keep a rider’s foot securely in a stirrup.
He might also like: Air Jordans, Converse All Stars 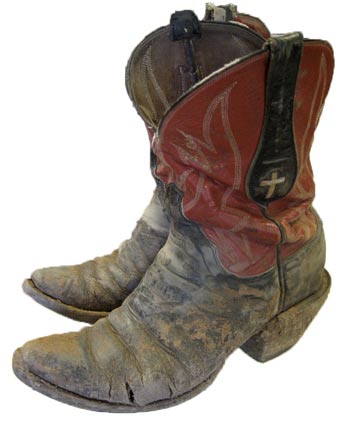 Rock stars who’ve rocked top hats include Jerry Garcia during his Captain Trips phase, Leon Russell back in his Mad Dogs and Englishman days, and glam-rocker Marc Bolan of T. Rex, but your father probably wants one to channel his inner Slash (below).
It’s a fact: When the first top hat was publicly worn in 1790, it got its maker arrested. After that, the hat became more respectable, crowning the heads of the real Abraham Lincoln and drawings of Uncle Sam.
He might also like: Stevie Ray Vaughan bolero, Carlos Santana fedora 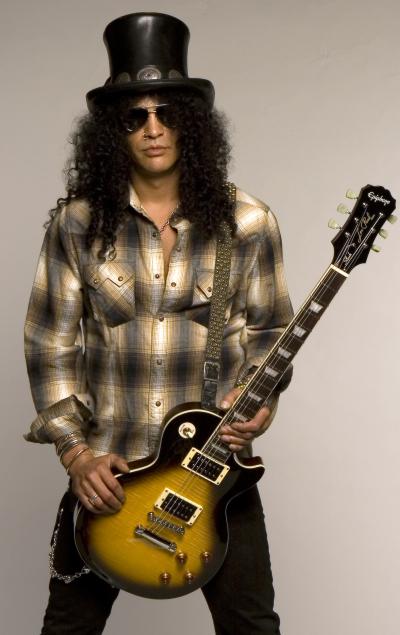 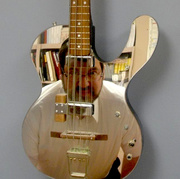