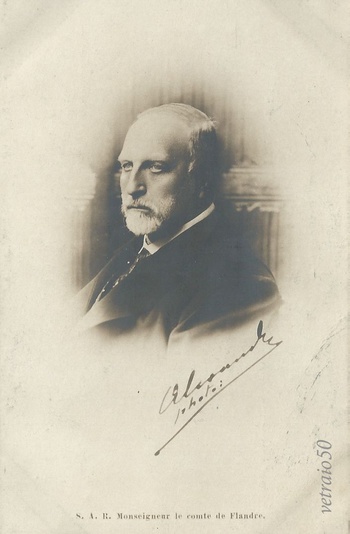 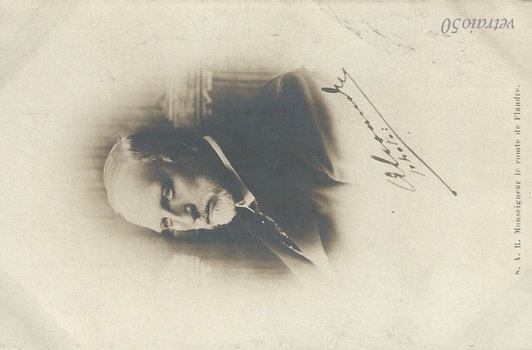 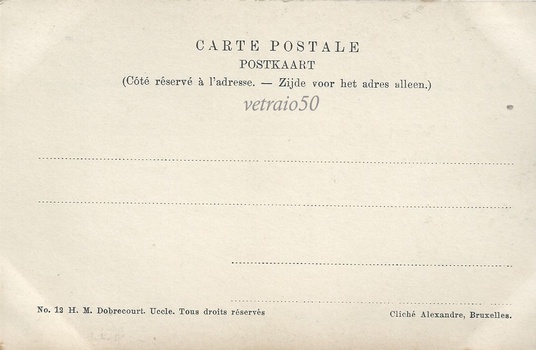 Royals!
Royal titles?
"Royal commemoratives" are a collecting area in itself and a postcard theme. But in this case it is a card commemorating the death of a Belgian Prince: S.A.R. Monseigneur le Comte de Flandre.

The card was collected by Septimus and Clara Miller in 1907 while on tour in Belgium a year and a half after the death of S.A.R. Monseigneur le Comte de Flandre. Why this card?

Look at those eyes! They are the same eyes of Queen Victoria of England! The two are actually related by blood. Who was S.A.R. Monseigneur le Comte de Flandre?

His father's sister was the mother of Queen Victoria.

He was connected!
He was profoundly deaf.
He was incredibly wealthy.
He was a bit of a recluse and a family man.

In fact he was offered a kingdom or two (Greece and Brazil) but refused them!

The card was published by H. M. Dobredourt. Uccle. The photograph is an edited version of another taken by Cliché Alexandre of Brussels.