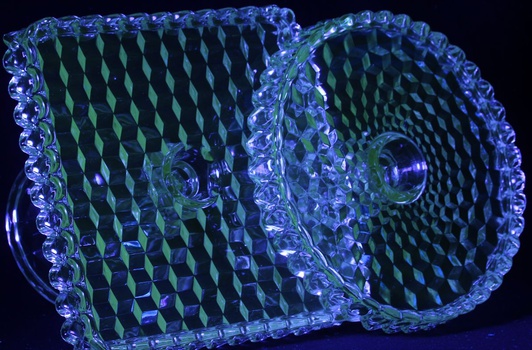 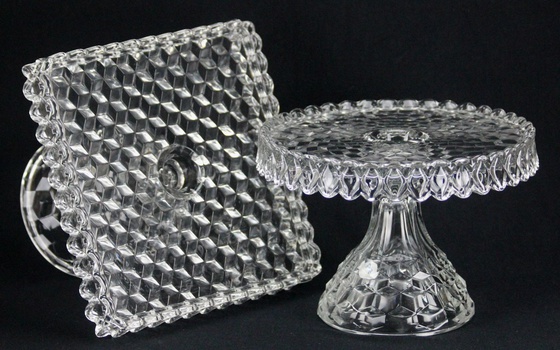 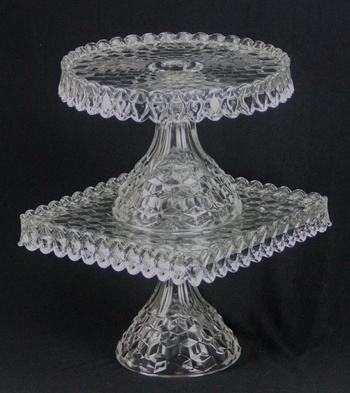 Thought I'd share my pair of Fostoria 'American' cake stands. These are some of the older versions made with glass containing manganese; the first image is an attempt to show how the cube motif can show up under black light. Both of the have the pedestal and plateau joined with a glass wafer and each has the 'rum well'; each is very heavy thick glass. Fostoria introduced the 'American' pattern in 1915 and continued production until the 1983 purchase of their factory by Lancaster Colony. Lancaster Colony continued making some forms of the American pattern until 1998. The round stands are currently being reproduced in lead crystal by Godinger, and called 'Radiance'. 2016 Update: Mosser Glass introduced a punch set including bowl, stand, under-plate and cups in the 'American' pattern but have named it "Katherine"...