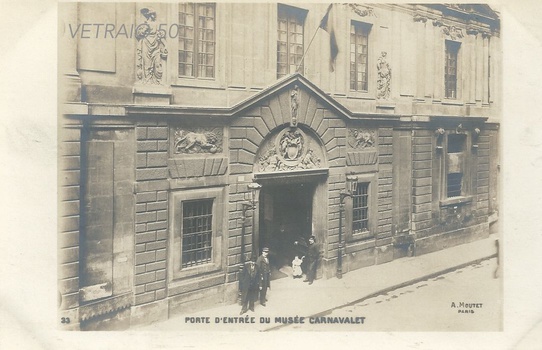 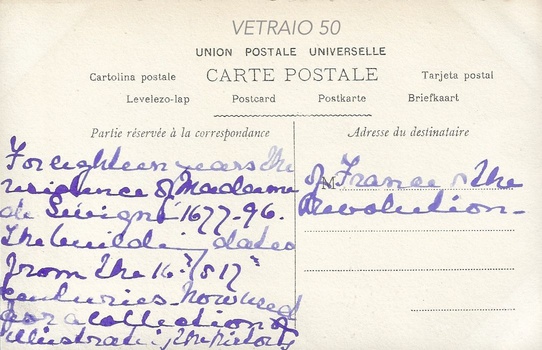 A postcard from the Septimus Miller Collection is one from their stay in Paris. The postcards were a visual record of the round the world trip of Septimus and Clara Miller in 1906. Unfortunately most the cards I have are unused and provide no personal record of the moment.? This is one of the rare exceptions.

On the reverse of this card are some handwritten notes: "For eighteen years the residence of Madame de Sevigné 1677-96. The building dates from the 16th & 17th centuries. Now used for a collection of illustrations of France and the Revolution." It is written in the same hand as another card already posted here on CW here:
http://www.collectorsweekly.com/stories/125901-bruxelles--lglise-sainte-gudule

The text seems to be an edited version of another of the Karl Baedeker guide books that I believe that the Millers were using on their European tour. In this case it looks like they had a copy of 'PARIS AND ENVIRONS WITH ROUTES FROM LONDON TO PARIS. HANDBOOK FOR TRAVELLERS' by KARL BAEDEKER 1904.

This postcard shows a view of the entrance to the Carnavalet Museum in Paris, dedicated to the history of the city. The Hôtel Carnavalet was purchased by the Municipal Council of Paris in 1866 on the advice of Baron Haussmann, the architect who transformed Paris in the latter half of the 19th century; it was opened to the public in 1880. It is essentially a history museum, but it also houses original works that conjure up five centuries of Parisian interior design schemes salvaged from destroyed or renovated buildings from the seventeenth to the twentieth century.

The Hôtel Carnavalet was constructed in 1548 and the altered by François Mansart in the seventeenth century. It was home to Madame de Sévigné from 1677 to 1696. In one of the rooms there are pieces of Madame de Sévigné's furniture including her writing desk.

Marie de Rabutin-Chantal, marquise de Sévigné (5 February 1626 – 17 April 1696) was a French aristocrat, remembered for her letter-writing. Most of her letters, celebrated for their wit and vividness, were addressed to her daughter. She is revered in France as one of the great icons of French literature. Proust was deeply motivated by her works.

The mother-daughter link is interesting however. Septimus and Clara Miller only had one child, a daughter named Gwendoline. On the 17th May, 1902 Gwendoline Stewart Miller died tragically at the age of 13 years.

This is a postcard published by A. Moutet Paris 33, France. 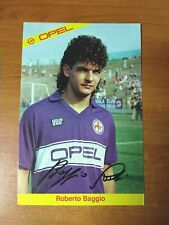 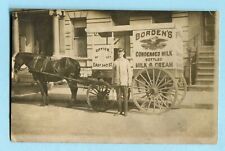