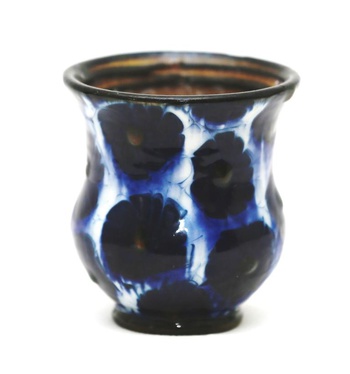 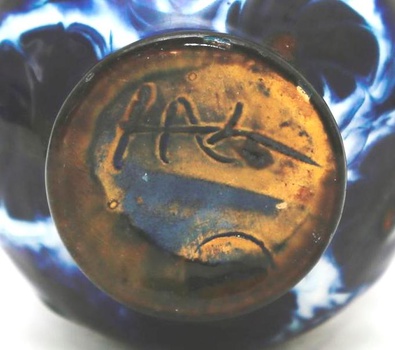 Small vase decorated with the so-called ‘wet-in-wet’ technique. When the half-dried object had been dipped in one colour (here white), one or more other colours were added while the first layer was still wet and the object would get this kind of ‘blurry’ look. I bought this vase on one of our biannual (and very large) antiques markets – I had decided not to buy any more Kähler vases as I already have several, but I thought that this very dark blue was very beautiful, so I ended up with one more! Unless the vase can be assigned to a specific artist, it is often very difficult to date Kähler pottery precisely. This was probably made in the 1910’s or 1920’s.