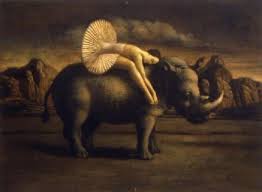 This was the first of Ilya's paintings we purchased. Love his work!