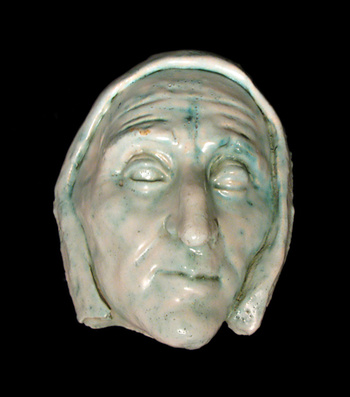 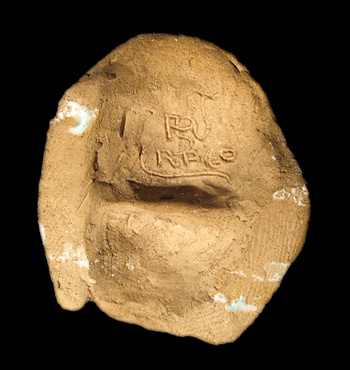 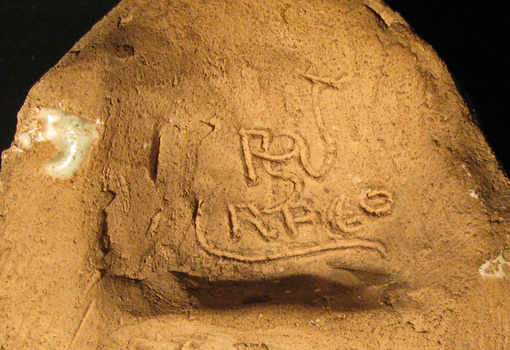 A close variant of this Craco mask, together with the mask of Beatrice, is published by S. Clerbois in her book on “Céramistes de l’Art Nouveau”, p. 5.

Arthur Craco was one of the main innovators of Art Nouveau ceramic art in Belgium, fiercely determined to make his place in the decorative arts. First active as a sculptor and draftsman, he first worked with ceramics in 1896 in the workshop of Omer Coppens (Belgium). Craco became friendly with the French Nabis artists. Craco viewed his pieces as objets d'art, on par with Nabis paintings and worthy of any liberal bourgeoise household of the time. In 1909, Craco worked in the factory of Frederic Horta, having received a "Grand Prix" at the International Exhibition in Milan in 1906. He made ??his first sandstone work to 1914 in Stockheim-Fouches, then in Andenne.