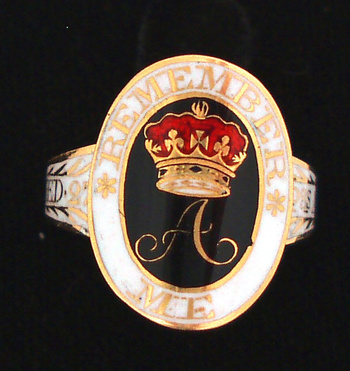 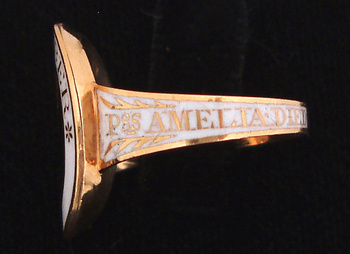 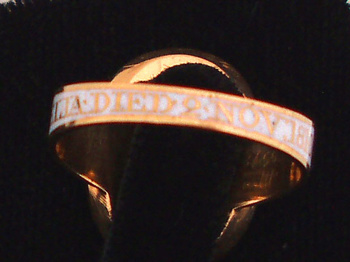 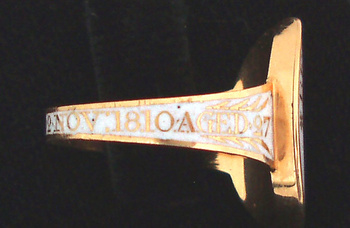 A rare ring commemorating the death of Princess Amelia, the youngest of the 15 children of George III and Queen Charlotte. Amelia died at the age of 27 after a long illness.

She was the King's favorite child and his grief at her loss brought about a relapse into madness from which he never recovered. As Amelia lay dying, she pressed on her father's finger a ring containing a lock of her hair and uttered the words 'remember me.'

This ring is from a set of 52, designed according to her wishes, commissioned by her brother the Prince Regent and distributed to family and friends after her funeral at Windsor.

The white hoop is inscribed : Pss Amelia Died 2 Nov 1810 aged 27 and the enameled bezels feature a crowned cipher 'A' within a border inscribed Remember Me. This ring is from the Hanoverian collection of Ernst August II, King of Hanover and Amelia's brother. It is described and illustrated in Scarisbrick's Rings Jewelry of Power, Love and Loyalty and an example is in the Victoria and Albert Museum.