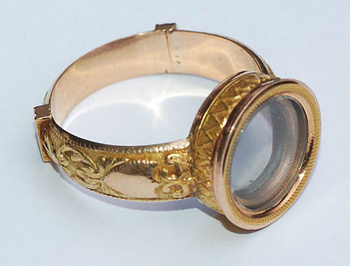 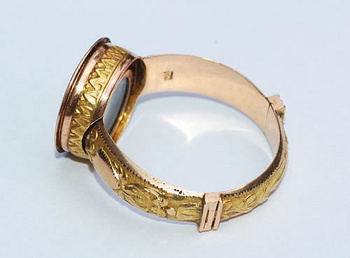 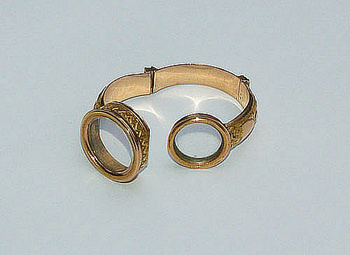 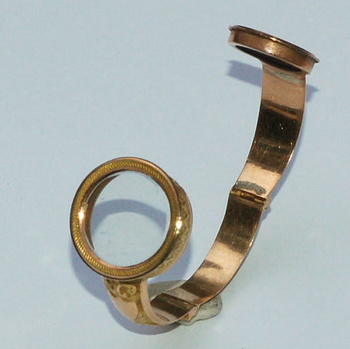 A French gold ring, circa 1820, which pulls open to reveal a so-called Galilean telescope with a combination of a convex or converging lens and a dispersing lens. The first telescopes were not very powerful and it wasn't until Galileo developed the combined lens system in 1580, that significant magnification was possible.

Designed as 'toys' or amusements for the wealthy in the 18th and 19th centuries, these miniature telescopes became very popular, especially during the Napoleonic era. As curiosities, they were found hidden in fans and perfume bottles as well as in pieces of jewelry.

A pendant with telescope is in the British Museum and a similar ring is in the Koch collection "Rings, The Alice and Louis Koch Collection" page 445 .