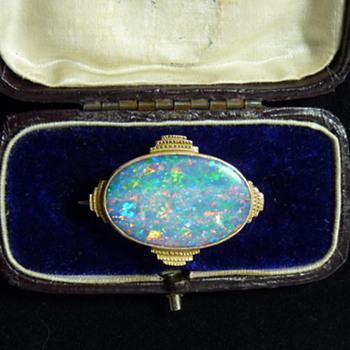 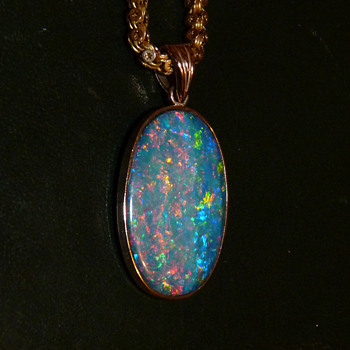 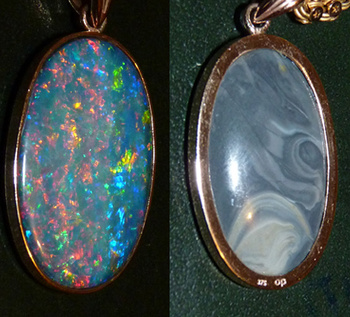 White Cliffs opal started to run out around 1905, just as the Lightning Ridge black opal fields began to be developed, and the White Cliffs miners soon moved on to the "The Ridge".

White Cliffs opal is now almost forgotten, however this was the opal that really set the Australian opal trade on its feet in the late 1800's to early 1900's.

White Cliffs' ability to be formed into regular cabochons made it more suited to the high volume fine jewellery trade than it's predecessor boulder opal, which retained its niche in custom made Art & Crafts and Nouveau pieces.

White Cliffs opal could show wonderful colour effects in its semi-transparent forms. If you look at Rene Lalique's magnificent opal jewellery, it seems to me that he was mainly using White Cliffs opal (sometimes with Boulder highlights as well), to achieve the effects that placed him at the pinnacle of the jewellers' art.

White Cliffs had a brief resurgence in the desperate days of the 1930's Recession. People out of work, and down on their luck, headed to White Cliffs to pick over the tailings in the hope of making a lucky find.

There was still some good opal to be found, and by now the Australian gem cutting industry had grown, with the local ability to make quality doublets quite widespread.

The 9ct gold Art Deco brooch above contains a huge 30 x 18mm slice of White Cliffs opal, showing electric blues and pinks that are distinctive of White Cliffs. It's set as a doublet on a piece of Lightning Ridge potch (potch is dark coloured opal, often used as the backing in early opal doublets).

The brooch came from an elderly lady who still had a photo of her wearing it on her wedding day in Australia in the 1930's.

Unfortunately the brooch was assembled using a soft lead solder, and when it needed a minor repair it fell apart. Luckily the stone survived and we had it made into the simple pendant shown in the second pic.

These late White Cliffs doublets still turn up occasionally in rings and brooches, often with the streaky Lightning Ridge potch backing shown in the last pic. They're rare survivors of a lost era in Australian opal history, and show just how good White Cliffs opal could be. 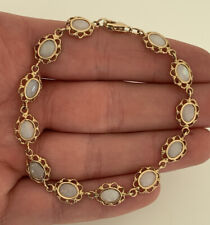 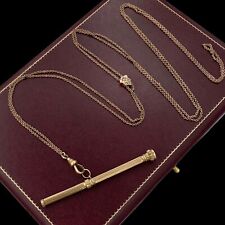