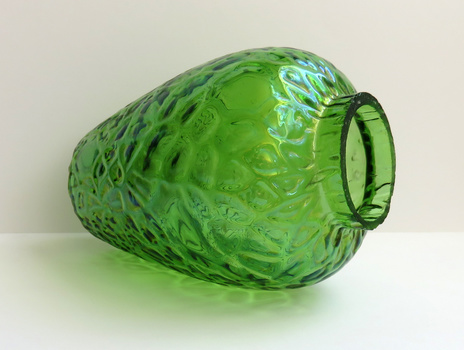 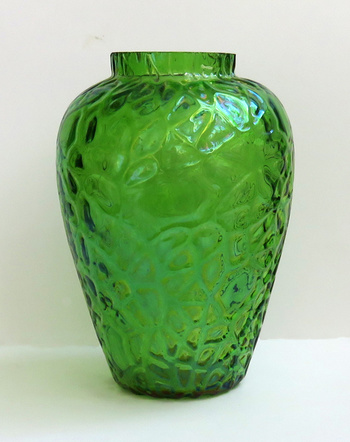 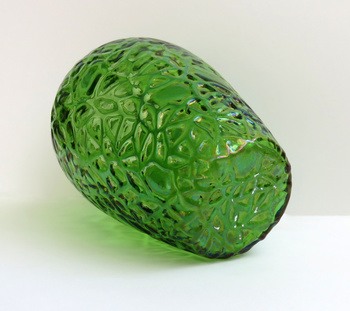 I have had this little (3.75" tall) green flashed vase for years; it is unusual in the fact that is flashed, and doesn't have the more common matte iridescence that you seen on these kinds of vases. Also, the martele is unusual, too. It has the same uneven pattern of molded small and larger open areas that is seen in sklo42's recent post of a beautiful dusky blue vase. I had always just assumed it was by Kralik, but last year I happened to show it to Craig, and he pointed out how unusual its martele pattern is. We then began a discussion about other vases we have seen with this pattern, and how they seemed to have colors that were really quite different from that seen in Kralik and Rindskopf martele vases. I have since kept a file of vases in this pattern, in the hopes of perhaps one day identifying a maker. (Sklo, I hope this little vase is interesting to you! :) )