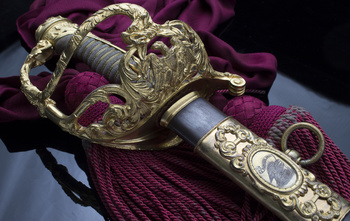 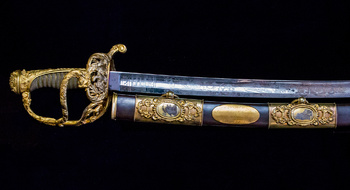 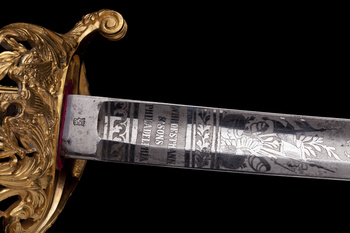 Presented to Heber S. Thompson 7th PA Cavalry. Captain Thompson Captured at the battle of Lovejoy Station when his horse was shot from under him. His diary of his experiences in Confederate captivity has been printed. The diary remains in care of the University of South Carolina. Heber Thompson went on to write his own book "The First Defenders"; headed up the team establishing the memorial to the 7th PA Cavalry at Chikamauga, and is personally mentioned and sited for bravery in numerous accounts given in books. This is one of my favorite swords.