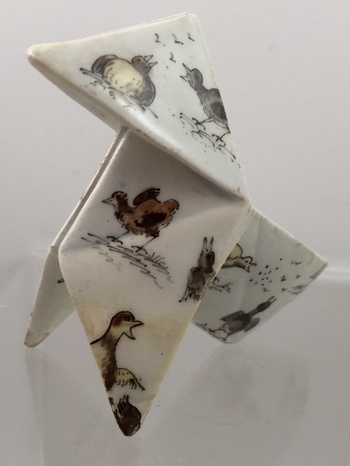 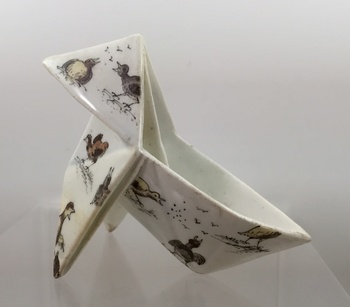 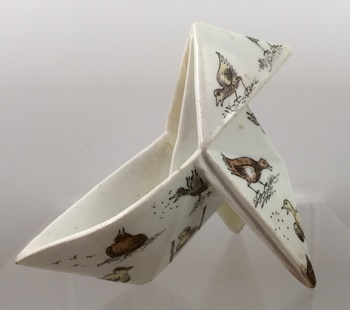 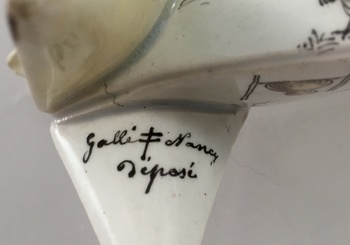 This whimsical faience (pin dish)? by Émile Gallé shows cleverness and playfulness in an object inspired by folk pottery of the 18th and early 19th centuries (i.e. a vase shaped like a book, etc.). In this case, a bird-like origami shape (a nod to Japonisme) is covered in painted images of several different birds... a duck, chickens, an owl, etc. This same shape has also been found resembling a folded playing card (with hearts, clubs, etc on the outside), and also illustrating political issues of the day. One of these was in support for stopping the demolition of the Porte St-Georges, one of the original gates built around Nancy in 1602 (which still stands today). Correspondingly, shaped toys made of paper and cardboard as geometrized small animals was popular in France in the 19th century.*

I have created a pinterest page for other examples of this type by Gallé: