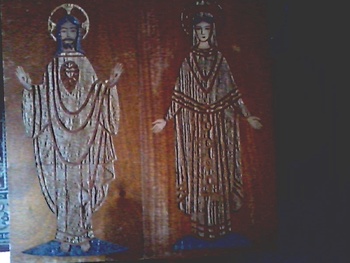 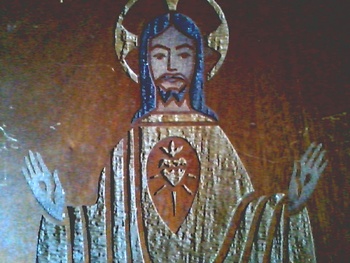 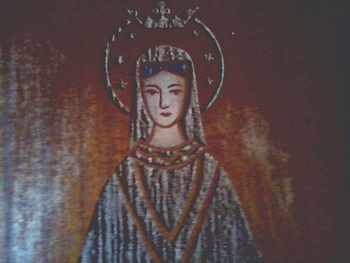 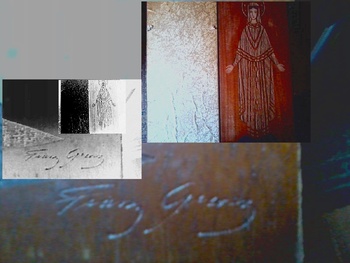 These were at the Goodwill being remodeled in a canvas cart with other pictures. I thought they were really nice although a bit scratched up. They had a strange smell to the gold spatter backing paper which I finally figured out must be incense. I took them out and proceeded to the checkout. Disaster...the registers were down because the phone lines were out. So cash only ! I put them back in the rack with some other pictures and left bummed and empty handed along with a lot of other customers. I got back today (2 days later) and they were still there ! They are signed by Franz Grosz. The only artist I've found online is a Franz Joseph Grosz who is known primarily for his etched glass work . So I'm not sure if he's the same person that made the panels. Engraving skills would have come in handy here but I don't know if he worked in wood as well as glass. A few have popped up on Etsy as single panels but they've had color applied and are not plain like these which have just a couple black accents. Described as mid-century carved wood panels. The "Sacred Heart" panel is online along with "The Holy Family" but no examples of Mary. So only a few to be found online to compare these too. The Mary panel has separated from the backing plywood it was mounted to. A little Elmer's carpenter glue will make it right. -Mike-