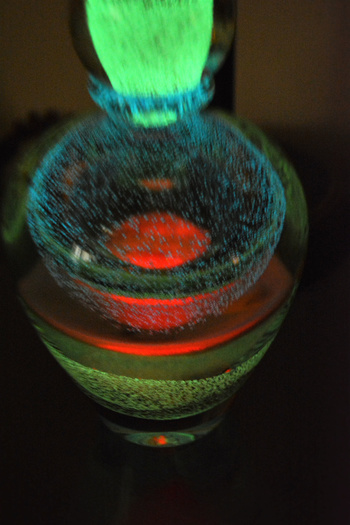 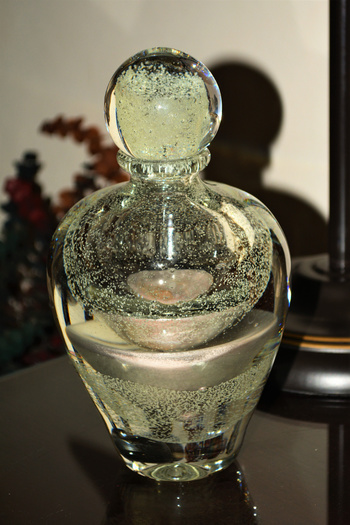 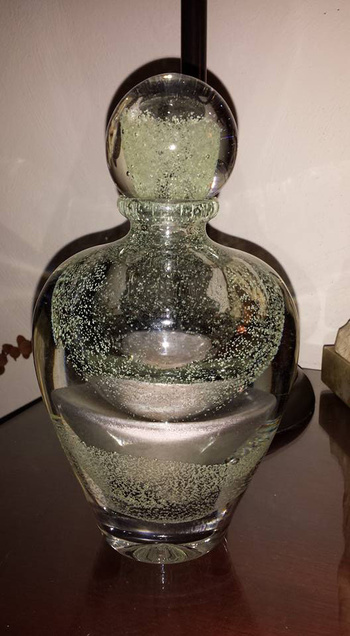 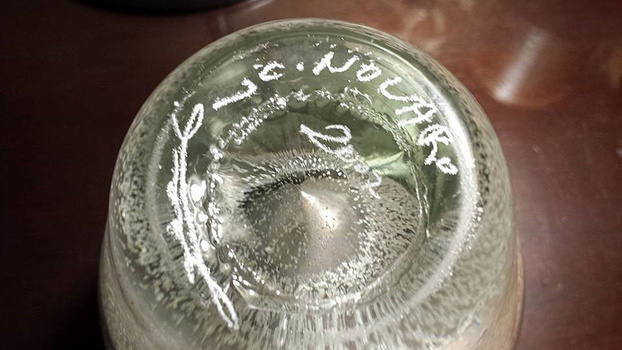 The beauty in this piece is at night.....

The King of Glass

Born in Antibes, France in 1943; Jean-Claude Novaro is today recognized as one of the greatest glass blowers of our time. His unique and distinctive art-glass creations are highly prized and sought after by art connoisseurs world-wide. The acclaim and success Novaro enjoys today didn’t come easily. Jean-Claude Novaro has gone from selling small glass animals to tourists for a few francs apiece to having his works in museums, galleries and private collections worldwide. Novaro’s hard-earned skills and artistic genius, combined with an unwavering drive and determination have made Jean-Claude one of the premier glass artists in the world.

Novaro began his lifelong passion for glass in 1957 when he apprenticed at a glassworks in France when he was only 14 years old. Novaro’s love of the craft, combined with incredibly hard work, perseverance and talent, allowed him to become a “maitre verrier” or master glassmaker by the unprecedented age of 20. Jean-Claude spent the next ten years at the glass factory, in charge of production, ambiance, and the apprenticeship program.

During these early years, Jean-Claude also made little glass animals to sell to tourists for a few francs apiece. In 1973, excited by what he saw happening in the fledgling studio glass movements in the United States and Europe, Novaro went out on his own. Here, he could begin to fulfill his dreams and give full reign to his creative virtuosity and technical genius. During this same period, peers of Jean-Claude’s in the United States such as Dale Chihuly, Harvey Littleton, and Dominick Labino were also exploring new possibilities in art glass and raising the public’s awareness of the unlocked creative potential of glass.

Jean-Claude Novaro has experienced uninterrupted success as a solo glass artist. In the early 1980’s, his lamps, with their strong art deco influence, were met with critical acclaim. Novaro then began to experiment with pushing glass to its extreme limits in size, creating very large and small objects. Jean-Claude is in the Guinness Book of World Records for the largest hand blown coupe ever made. Novaro has had over 125 individual and collective shows of his work throughout the world, including France, Germany, Belgium, Japan, Switzerland, Italy, Holland, Saudi Arabia and the United States.

Novaro is known today in the glass community not only for his amazing technical and artistic abilities but for his constant search for new ways to stretch the capacity of glass. Jean-Claude has invented new techniques, like his hand painting in between layers of glass and his magique collection, that leave people mystified and in awe. He is also a traditionalist in his insistance on working alone, letting every piece be a creation of his own gifted hands.

Jean-Claude Novaro lives with his beautiful wife and family in the same town he grew up in on the pastoral Cote d’Azur of southern France. He is at home on his farm, raising his children and tending to his menagerie of animals and pets. Jean-Claude maintains his glass studio beside his house so that he is always only a few steps away from his beloved furnaces and tools. Novaro, who once made glass trinkets for tourists, is now truly “The King of Glass.”