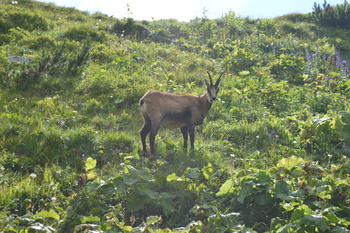 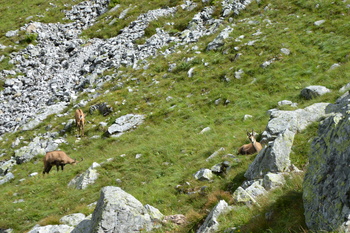 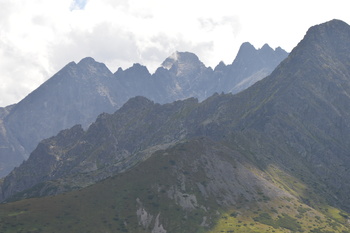 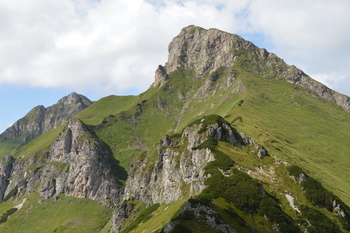 As I mentioned before I am on holiday in the High Tatra mountains. Me and my husband enjoy hiking. Few times we spotted a herd of chamois on our walks. The Tatra chamois is a subspecies of the Alpine chamois. While their cousin in the Alps is widespread and has a large population, the Tatra chamois (Rupicapra Rupicapra tatrica) is listed as critically endangered, around the year 2000 their population fell below 200 individuals. As its name indicates, it lives only in the Tatra region on the border of Slovakia and Poland, protected in national parks.
A programme started in 2001 to save them by strict regulation of tourism and supressing of poaching. The programme was successful and the numbers of this endemic subspecies started to recover. Now the last four years their numbers reached slightly above 1000 individuals.
On the first pic is a bit startled animal only few metres from the footpath. Actually they are not very shy, it is quite easy to spot them from a distance, altough they do not like if humans want to take a closer look. The second photo shows a part of bigger herd, there were maybe 20-30 animals in that herd, but they were scattered across the valley.
The third and fourth pic, believe me or not was taken from the same spot and in the same time (only few seconds between them). Top of the valley, where we spotted these animals, in the so called Siroke sedlo (Wide saddle), on the left are High Tatras and on the right are the White Tatras.