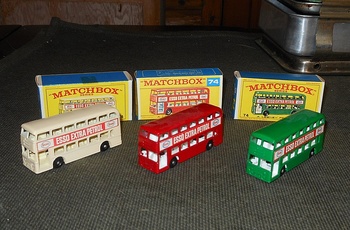 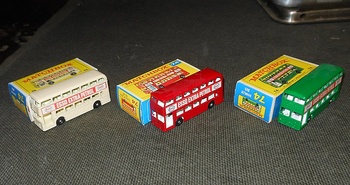 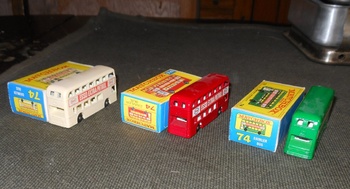 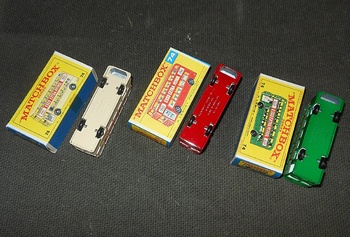 Not quite the famous Routemaster Double Decker Bus but close. This model was first released 1966 and was eventually released in 3 colors. Cream is the most common color. Red seems to be the hardest to find. I think red was only released in 1969 and green in 1968. The cream and green models were released in the E style box and the Red in the F style box.
The colors on the actual boxes represent where they operate. Red buses would operate in London. The others would go outside the city. I fear I have lost rack of exactly how that works.
Perhaps I shall do the Routemaster next Monday.