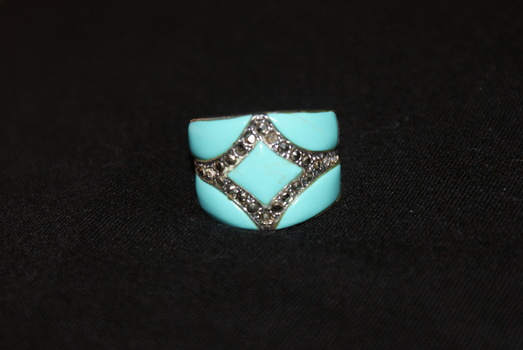 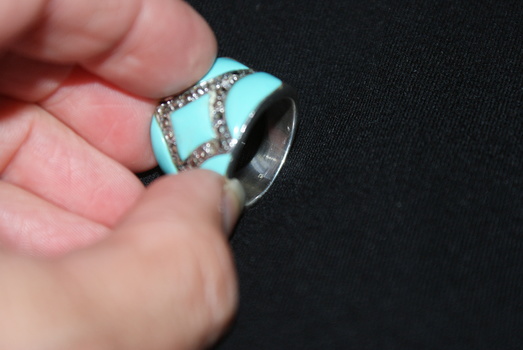 I got this ring for next to nothing because there are some marcasite stones missing. I will replace them when I get a chance. Originally I believed that the blue part was enamel but after a closer look I realized that it was made of five pieces of turquoise. The back is just plain silver.

The ring is heavy (13 grams) and big. There are two marks: 925 and a very small mark I cannot figure out. It looks almost like the number 9 with one or two dots in the middle of the round part.

Although the ring has some wear to it, I don't think it is old. I found some similar ones on line but they were cheap-looking and much lighter that this one.