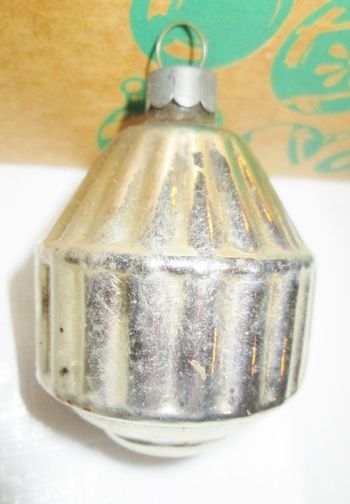 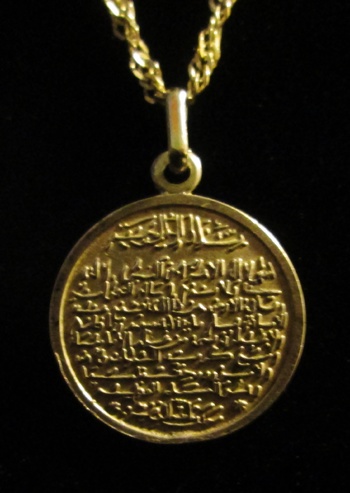 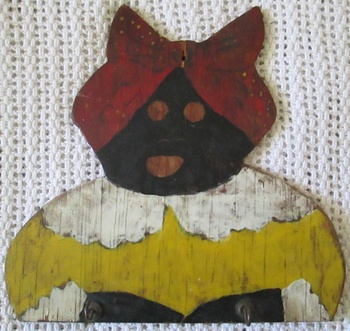 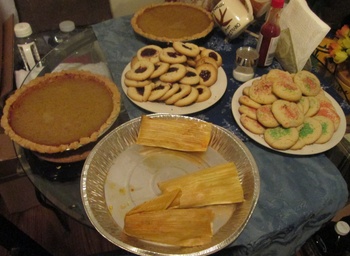 So when I hear someone say we are returning to an "old fashioned America," I think of the America I grew up in, an America thriving on science and culture, progressive in its thinking, determined to defeat poverty and illness and racial prejudice. The first photo is a mid century modern ornament by Premier which like many ornaments of that time flaunted our excitement in pioneering Space Age technology.

When I hear someone insist on the words "Merry Christmas" with the gloating certitude of determined ideology, I remember my own Christian indoctrination, to be kind and loving and tolerant and compassionate and mindful and prayerful. The second photo is a vintage silver medallion embossed with a Muslim blessing.

When I hear someone declare that they feel "unbound," I know in my heart that they have no idea what it means to be bound, no quotation marks, that is, to have been and to be really bound. The third photo is a vintage key minder depicting a Jemima house servant.

When I hear someone shout with glee that they now feel "safe," I think of all the people I know who don't feel safe. I know of the brown shirted jack booted thugs who knock down fences, break down doors, in the middle of the night, dragging men out of their beds, screaming obscenities in front of crying women and terrified children. I've met women whose genitals have been grabbed and very young girls who have been raped by wealthy sociopathic men. I try and give thanks for the food we eat this Christmas, the table in the fourth photo, instead I am filled with sorrow that this may be the last Christmas we share together, I am filled with dread and terror, as we are dragged into a bottomless miasma of vile classless reality show culture and foreign catastrophic blunders and the certainty of nuclear war. I remember when I read McCormac's The Road and tried to figure out how it started, what the meaning of the lights were that the protagonist saw in the windows. I don't wonder anymore. We are living in the prequel. Look for the lights.

I need help identifying these items. They no longer make any sense.