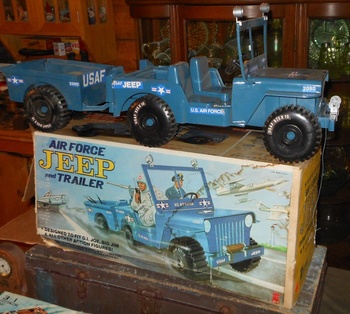 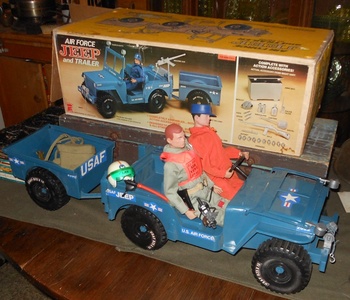 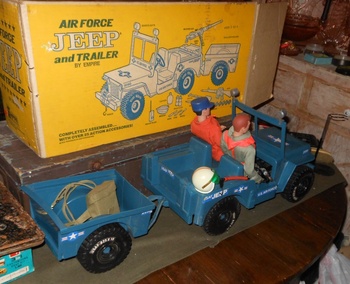 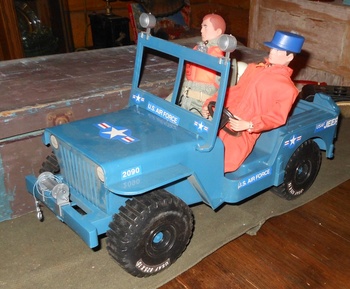 This is knock off made for GI Joe and Big Jim by Empire. As they are slightly different scales it is a bit small for GI Joe and bit large for Big Jim but it works. Not much was made as for as vehicles go for the GI Joe Action Pilot although there was a Crash Crew fire truck. Also there was the space capsule although that is not exactly air force.
Sadly this is missing the accessories that came with it but as I have never seen one before I can live with that. Hopefully I can figure out how to add a machine gun to it for patrolling the airfield.
In the meantime the pilot is being driven to his F-86. His parachute is in the trailer.