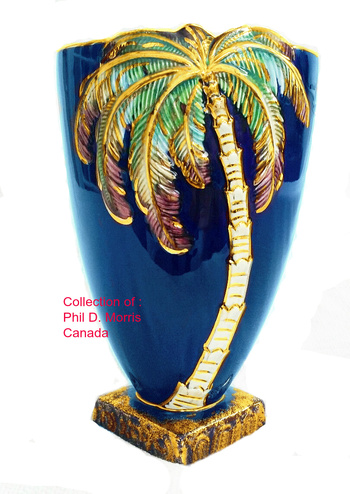 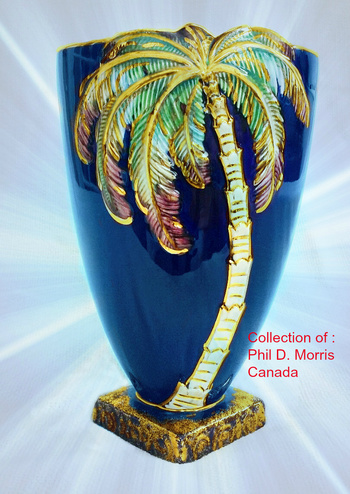 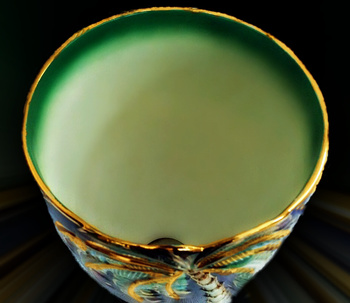 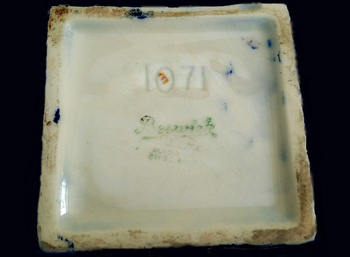 The last 3 Beswick vases which includes this rare one I had wished for in that order and miraculously I got them in that order. I got this vase today Feb 6, 2017.

This vase has a 6 inch vase opening, among the widest for this style and also has a 10 1/2 inch height making it the second largest vase. Usually around 10 1/4 due to shrinkage. Also the base is square, the only one with a square base.

This vase was designed by Albert Hallum in 1946, discontinued by 1963.
Usually bought in the best department stores such as Eatons in Canada and also from conversations with original owners, they were also sold in upscale Jewellers.