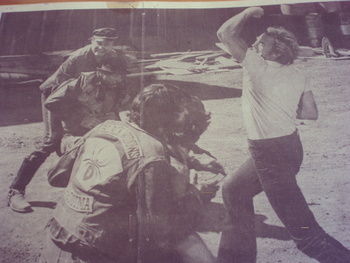 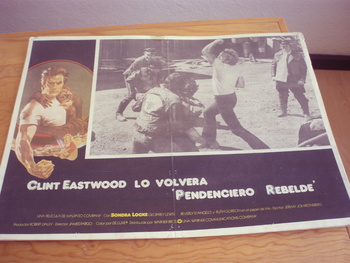 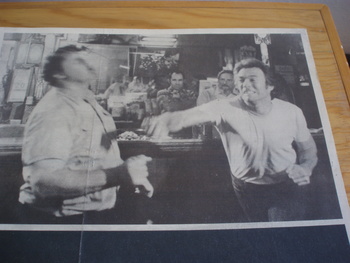 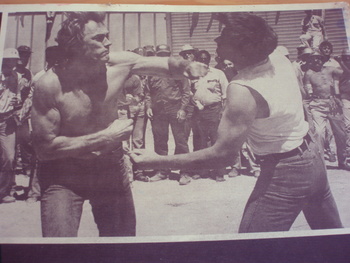 I remember waiting in line to see this new 1978 Clint Eastwood movie. It was great to see him playing a role which was very easy to relate to just an ordinary man reminding us of someone we could possibly know.
Clyde really added some interesting moments to this fast paced entertaining movie.

Every Which Way but Loose is a 1978 American adventure comedy film, released by Warner Brothers, produced by Robert Daley and directed by James Fargo. It stars Clint Eastwood in an uncharacteristic and offbeat comedy role, as Philo Beddoe, a trucker and brawler roaming the American West in search of a lost love while accompanied by his friend/manager, Orville, and his pet orangutan, Clyde. In the process Philo manages to cross a motley assortment of characters, including a pair of police officers and an entire motorcycle gang (the "Black Widows"), who end up pursuing him for revenge.

Eastwood's appearance in the film, after his string of spaghetti western and Dirty Harry roles, somewhat startled the film industry and he was reportedly advised against making it. Although it was panned by critics, the film went on to become an enormous success and became, along with its 1980 sequel Any Which Way You Can, two of the highest grossing Eastwood films. When adjusted for inflation, it still ranks as one of the top 200 highest-grossing films of all time.

Pictured above are original 1978 Mexican Lobby Cards which were displayed in cinemas promoting the feature.