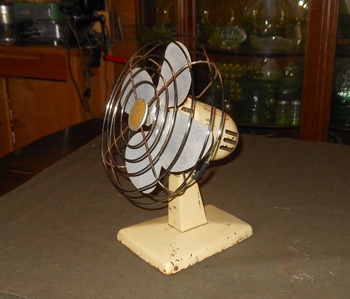 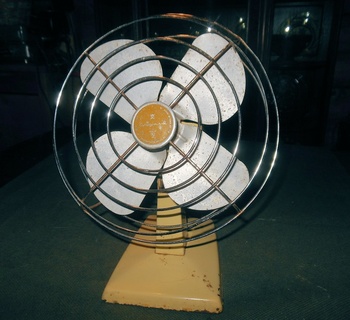 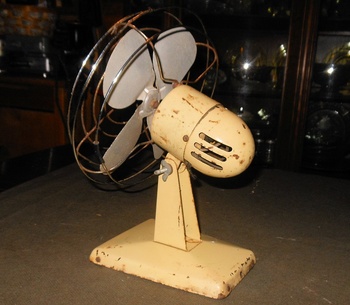 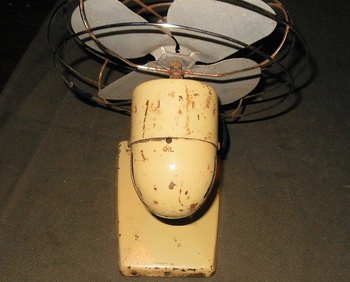 The correct answer is not as it was made by McGraw Electric Co which means Al Bersted. To recap a bit Al Bersted sold his company to McGraw Electric and then became the president of McGraw Electric. Let us just say he was a wheeler dealer. Anyway he was responsible for many of the low cost appliances from the 1920s until the early 1960s. They are said to be cheaply made but many still work as does this one. Cheaply made was a different standard back then.
Back to this fan it has the Wizard logo on the badge with Western Auto Supply Co. along the edge of the badge and a model #. It is the same as Eskimo fans from McGraw Electric. They made a few different fans for Western Auto.
This is an 8" fan (blade width) and non oscillating. It has a nice cream color and a bit of rust. Looks like this one is close to 1960 based on the cage design and styling.