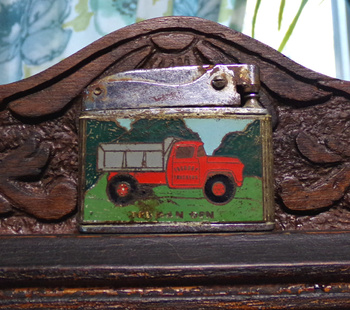 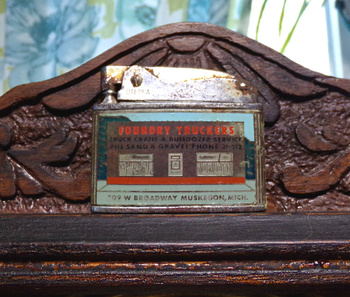 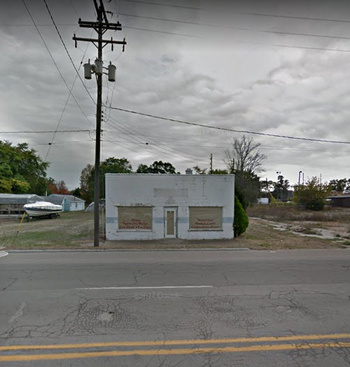 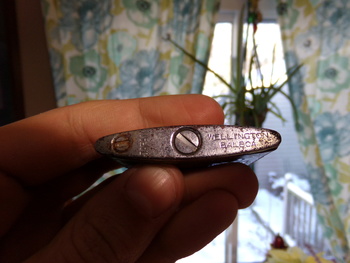 I don't recall if I've posted this here before or not.

This vintage lighter came out of my first land-based, household dump dig. It was missing the top (which I dug up later). As I was a (proudly) tobacco-free kid who had never seen the older style of lighters, I wasn't sure of what it was without the top on it. Whatever it was, I liked it for the truck and wondered about this 'Truman Den' (under truck). A couple years later, I was driving (at the time I dug this, I was a cyclist only) down the same avenue (Broadway) and saw a building that struck me as familiar from other places. Suddenly, I realised what it was: It was the building on the lighter! At the time it was a sign shop. This photo is from Google Maps, which verifies the address.

The site was mostly '50s and '60s, which works out fine for the approximated age of the enameled lighter. Balboa and Japan are the only markings on it. The dump was out of use by the early 1970s and was from a 4-person family home (it appeared, anyway). I didn't get many bottles (only a couple ones worth keeping, really), but it was a very educational experience for me and lead me to have great interest in historical sites, however modern and (to some) unimportant they may be.