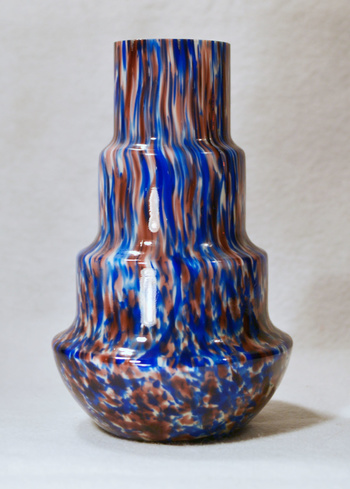 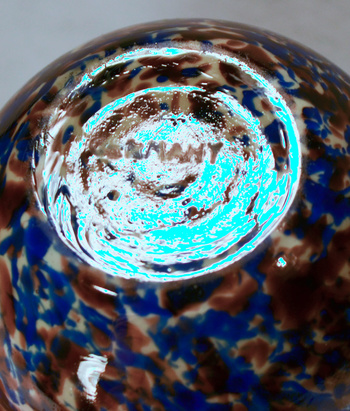 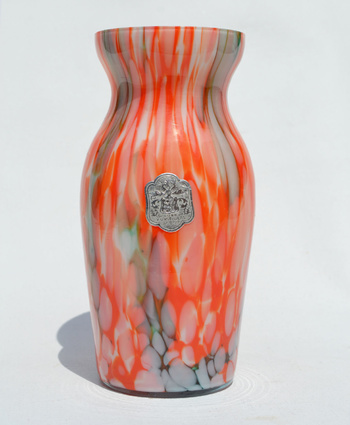 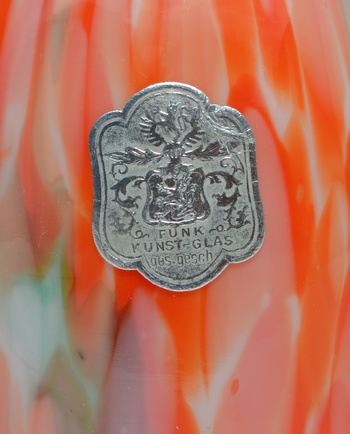 As yet there hasn't been a lot of information surfacing on the internet. Most of what there is resides here on CW, so this posting is mainly to add to the growing picture library for Funk Brothers Glass. Glasfabrik Gebruder Funk & Co., from what I can find, began around 1909-10 in a town then called Penzig. This is an area still referred to as Silesia that before WWI was part of Bohemia that then had a sizable German population. Between the wars, it was Germany. After WWII, it was Poland. That probably ensures that the Germany mark on Funk products dates to the 1920-30s. The same for the labels.

The first vase is the iconic Funk 5" (13 cm) step vase showing a dense spatter decor and an acid-stamped mark. The second vase is a less recognizable shape, just over 6" (15.5 cm) tall, with an open, unusually colored spatter decor, and a nicely preserved label. Both have white interiors and sheared rims.