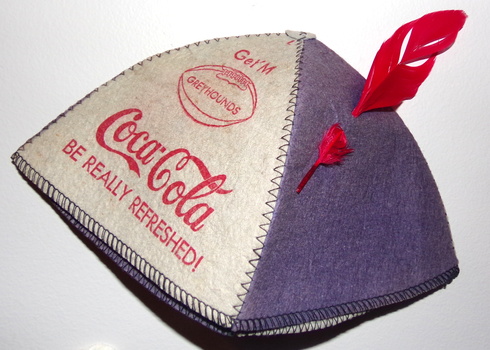 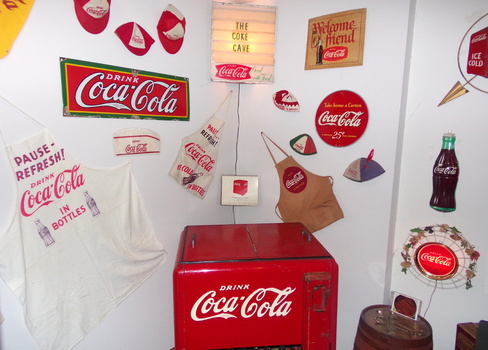 This old feathered cap was listed on eBay for a whopping $299 "buy it now" price.

Not one often seen, however value no where near seller's pipe dream. I sent a message commenting that it is listed in the books at $35, and made an offer for a bit more. No dice, seller was convinced it was The Holy Grail of beanies.

About a month later, I checked the listing, still there, price dropped to $199. I sent another note, kindly asking if he'd lowered expectation. He responded that he'd been contacted by no less than 50 collectors, some were very rude about his price. LOL, the Coca-Cola collectors are a spirited bunch! Seller thanked me for my polite correspondence and made an offer... let's just say "under a hundred" ;0).

Persistence often pays off when collecting. And a little honey never hurts.