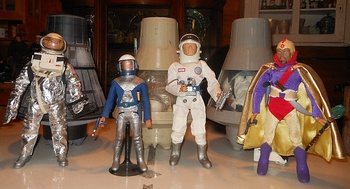 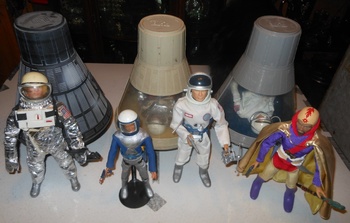 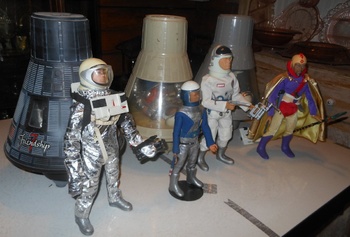 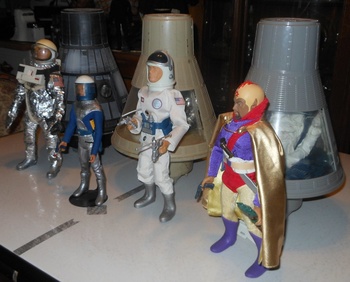 All my space figures had a get together recently so I figured I would post them.
The Black Space Capsule is the John Glen Friendship 1 Circa early 200os. Capsule #2 is an original glow version from the 1960s. Capsule #3 is a reissue of the blue interior version.
Front row from left to right.....
Original GI Joe Astronaut, Action Boy in Space Suit from 1968, Flash Gordon (Playing Mantis 1990s reissue) and wrapping it up is Ming the Merciless. Ming is also Playing Mantis but was an original costume for Dr Evil from the Captain Action line.