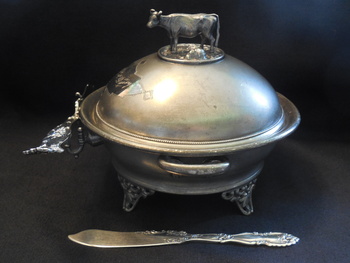 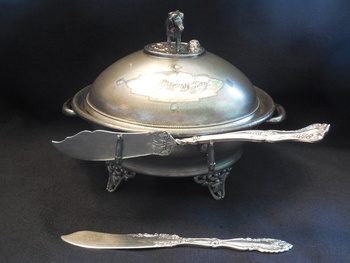 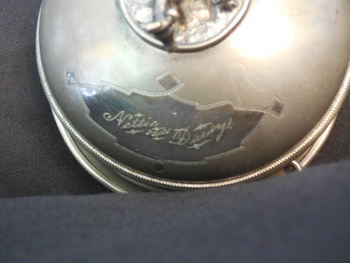 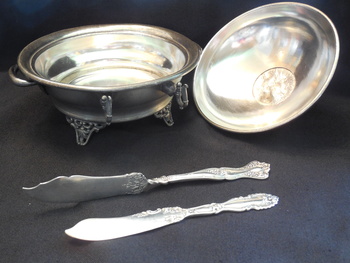 This was one of my Flea Market finds on Saturday 8/4/2018 It's a Covered Butter Dish made by Simpson, Hall, Miller, & Company in the 1880s. The Dish is marked on the bottom with an applied button that reads in the round SIMPSON,HALL,MILLER & CO. with TREBLE over PLATE in the center. It has a Cow as a finial, and a handle on each side, with two hooks for a butter knife on the front, it's missing the inside butter drip tray, and knife. I added two different butter knives to show. The neat thing about this dish to me is the engraved names on the lid, it reads in script "Nettie FROM Daisy", that dates it to the 1890s or before, I'd say, anyway! :^D The inside that was protected from the air, polished easy, but the outside, stays dull, like it was made that way, so it's not that slippery, because of the butter.

Thank you for looking, all comments and questions are welcome! :^) 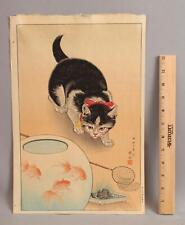 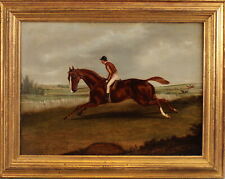 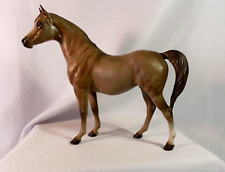