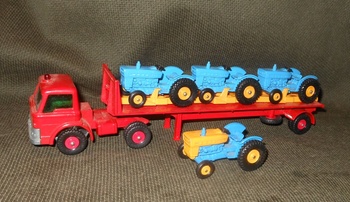 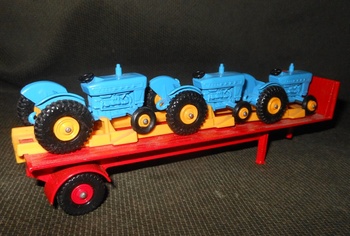 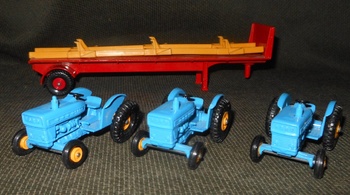 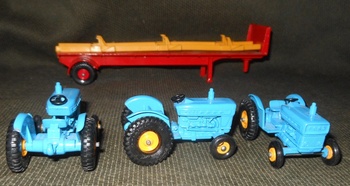 Focusing here on the version of the tractor that came with King Size Tractor Transporter K-20. That version was released in 1968 and sold through 1972. This particular set came from 1968-1969. The MB-39 Ford Tractor was originally released in 1967 in the yellow and blue. It looks better but is much more common than the all blue version. These are three of the nicest ones as they were in original packaging when I got them. The box was damaged a bit plus more fun to play with so I freed them from their prison. I posted the unboxing a couple years ago.
Eventually I will need to get a boxed version of the MB-39. I have the Hay Trailer that goes with it.
Stay tuned next week for another exciting edition!