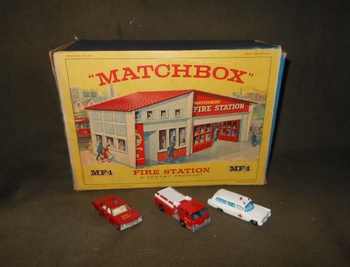 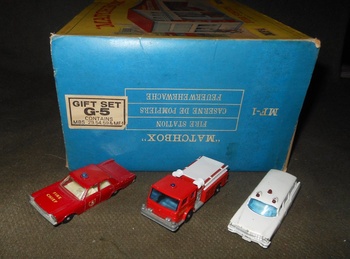 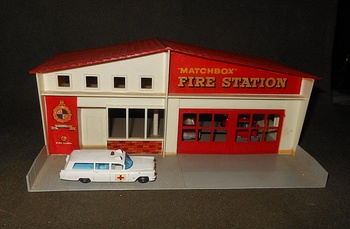 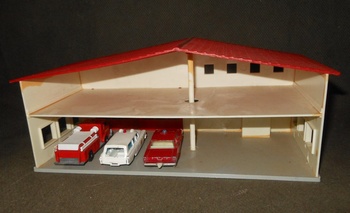 I posted one of these a few years back but it was missing a few pieces, the box was rough and plus this is the Gift Set version. Normally the gift sets have a unique box but this one just has a sticker on each end as seen in photo #2. Says it comes with MBs 29, 54, 59 and MF-1. MB-29 is the fire pumper. MB-54 is the Cadillac Ambulance, MB-59 is the Fire Chief Car and MF-1 is the Fire Station. Based on the cars that came with this set it is from 1966-1968. Actually a bit later based on the cars but the box style would limit it to 1968. Based on instinct I would say 1966, perhaps 1967 as it isn't mod enough for 1968.
My previous set was missing one door and the floor that has the hole in it for the pole. A proper fire station must have a hole and pole for the firemen at least a vintage one. Got a feeling they don't do that anymore. They also don't hang on the back of the fire trucks anymore.