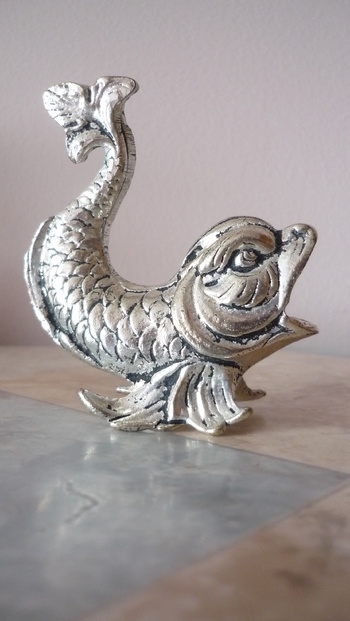 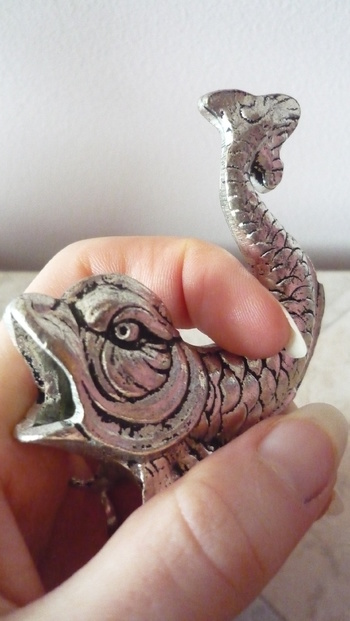 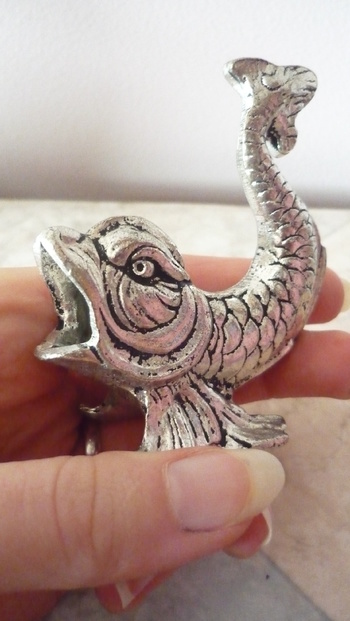 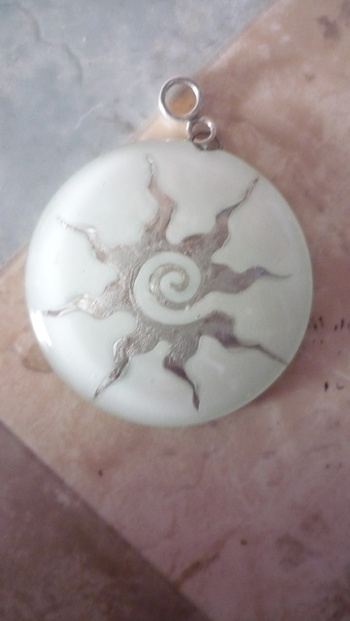 These are two last finds from the latest charity shop hunt- the first being a little metallic fish that isn't silver but at first inspection I thought it was. The little fish is styled to be like those ancient dolphins that are commonly seen on fountains and look a bit more like old grumpy fish(!) He's also hollow inside and not sure of his purpose as he doesn't really seem to be off anything or attached to anything else?Is it possible to really have a decoration as pretty and unusual as he?!
The second piece is just a little stylised pendant of a silvery sun which drew me because it's like some other silver sun piece I have and reminds me of something Celtic too!
Fish-€0.50($0.56/£0.43)
Sun Pendant-€1($1.12/£0.86)