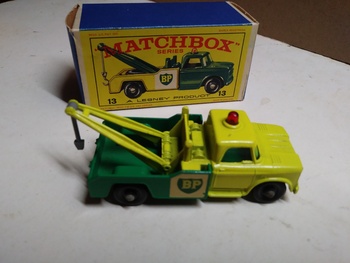 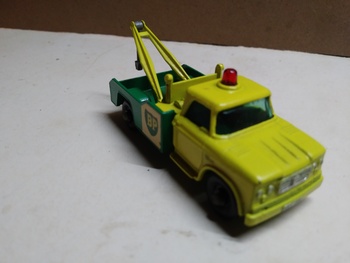 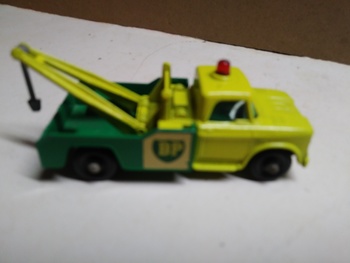 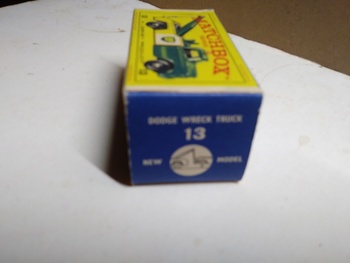 This was the first Matchbox I ever saw or had. It was around 65 in a hospital gift shop. I'd never heard of them, I don't recall seeing them in the toy store I frequented, but I might have overlooked them. The comic book ads for them didn't come out until about a year later. I was impressed with detail and colors immediately. I later got the Bulldozer, which was #18 I believe. I was about to enter Jr. High and Slot cars were the rage. If the Matchboxes had been available when I was younger I'm sure I would have collected them.
Ftapache could verify/correct the following if he would be so kind. This is a 1965 first issue in a "E2" box(info update courtesy of Ftapache). Ftapache's colorful "Boxes" he's have inspired me and I at least would like to have this and the Dozer from my childhood.