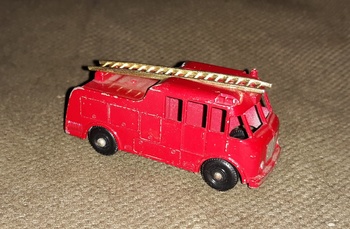 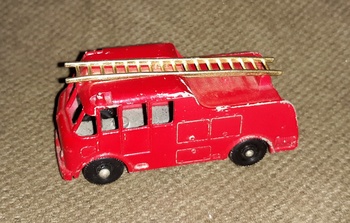 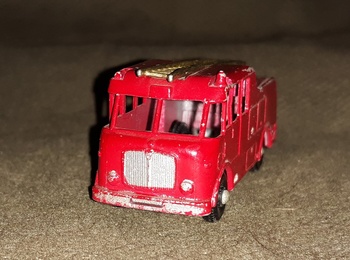 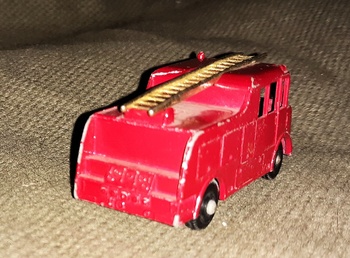 Another older Matchbox with the Tootsietoy look. This one was first issued in 1959 and in the catalog with no changes for 7 years. Without the box it is hard to nail this one down. There are some nice touches on this especially the brass ladder. Also the painted grill and head lights. Later models were down differently. Instead of painting the grill the grill would be part of the base. The body would be painted one color and the base another. Or the base would be the natural silver color in most cases.
Be sure to make the British siren sound when playing with this model.