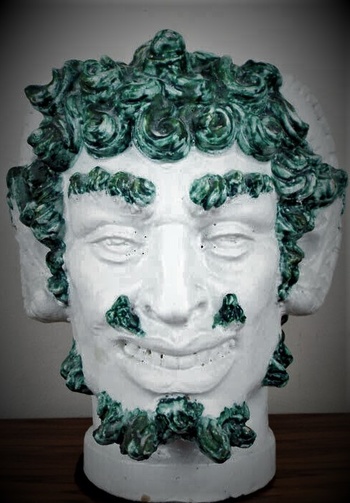 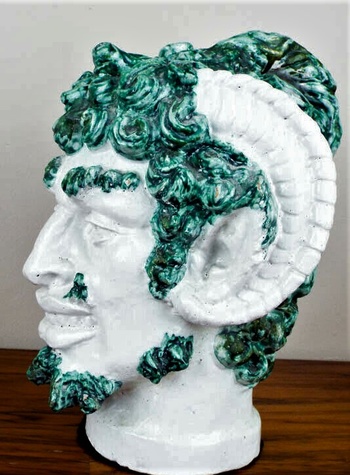 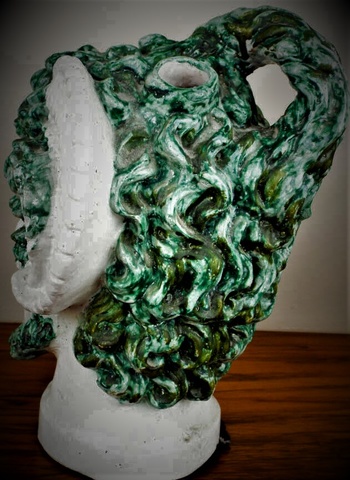 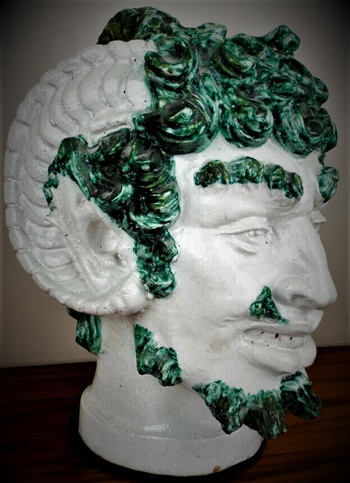 Rare Staffordshire pottery wine wedding jug. Molded in the form of Bacchus. Known as the "Green Man" throughout 18th and 19th century. His hair is adorned as foliage.. His lock of hair also serves as a handle for holding. It has a small spout as one of his hair locks in the front of his head for the more genteel pouring and a glut spout on the side for the passing around in male company.

One of these appeared in the Granada Series "Sherlock Holmes" (Jeremy Brett) in the episode entitled "The Speckled Band."