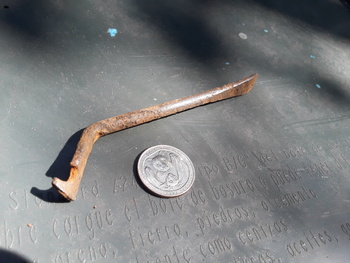 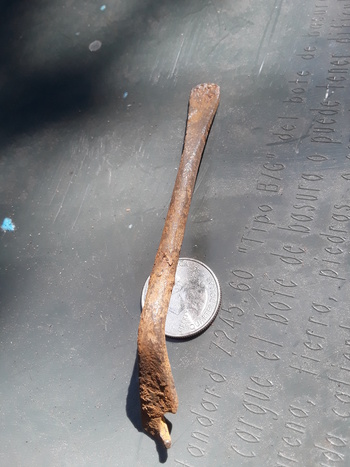 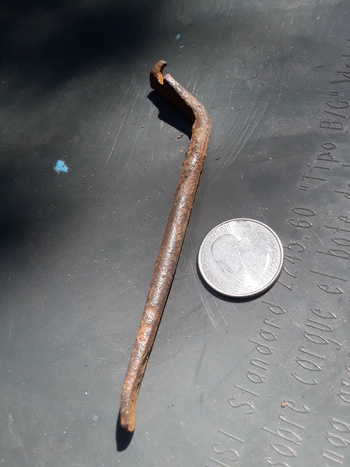 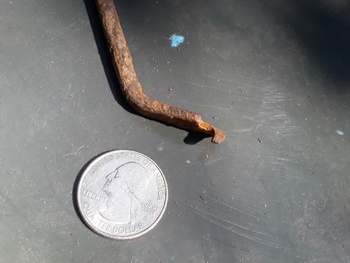 This little thing was literally plucked out of a small plastic toolbox half full of mostly random nails, screws, and cheap socket wrenches, but also *completely* full of water in which state it had apparently existed for quite awhile. After dumping the water out, I used a screwdriver to dig thru the rest of the rusty junk, this was the only thing within that struck me as 'unusual' before the rest of the whole mess went right to the trash can.

Anybody know what it is/was?? My only guess so far is some kind of paint can opener maybe...?? I'm also curious if its 'hooked' end is supposed to be bent sideways like that, or if that's something somebody did to it while (maybe) trying to use it for some other purpose.

Shown here with a US quarter for size reference, it remains in the state I found it. No discernable maker marks, unless there's the remains of something under all the rust I haven't cleaned off of it.