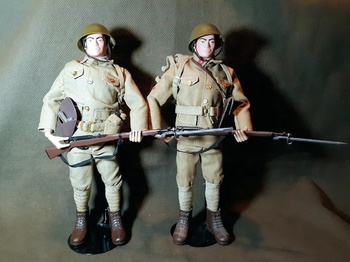 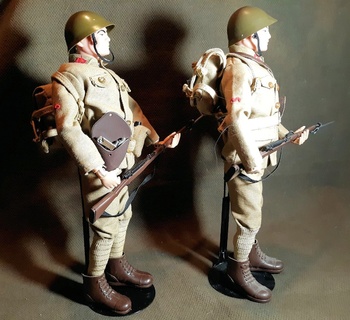 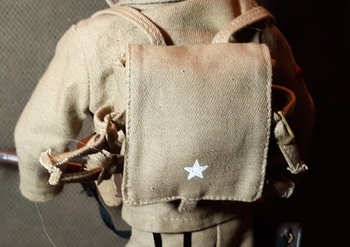 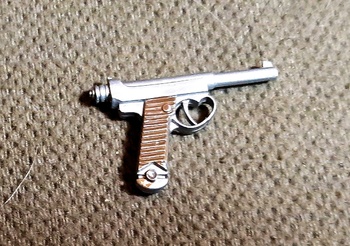 Picked up a second GI Joe Japanese Imperial Soldier at the Long Beach flea market. Largely because it came with the Nambu pistol seen in the last photo. My other has a repro along with a different holster.
The Soldiers of the World series were all based on World War Two unlike the original GI Joe which were based on the Korean War. There were six figures, British, Australian, Russian, German, French and Japanese. The Japanese figure is the most valuable as it has a unique head. The others had were all interchangeable as far as the figures. They had what is called the no scar foreign head. That makes the Japanese figure a bit rare.
I have all the parts except for the medal. I don't worry too much about the medal because my guys are ready for combat. They have those long bayonets for those banzai charges they were famed for.