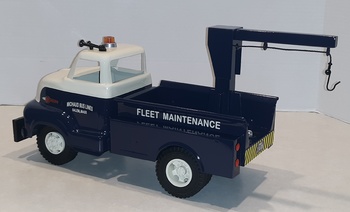 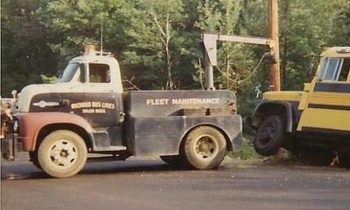 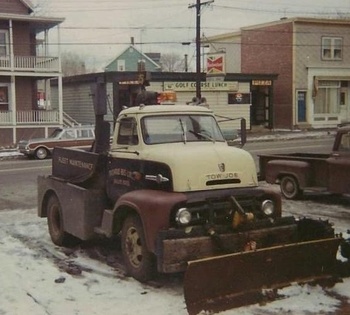 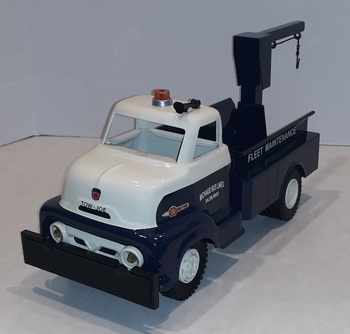 Just finished this Michaud Bus Lines Fleet Maintenance Truck last evening. It was a commissioned custom build for Jim Michaud, who is the grandson of Alex Michaud, the original builder of the real truck pictured.

Alex purchased the 1953 Ford "BIG JOB F-800" COE truck in 1958, and he and his shop crew made all the necessary alterations to the truck including a very versatile 360-degree boom that would allow them to use it on any side of the truck. The truck was also used during the winter months as a snowplow, and a portion of each rear side pod was filled with concrete to give the truck the needed traction.

I am convinced, after chatting with his grandson, Jim, over the many months it took to build this custom replica truck, that his grandfather, Mr. Alex Michaud, was an amazing man. This truck is a tribute to the legacy he created in Salem, Massachusetts.