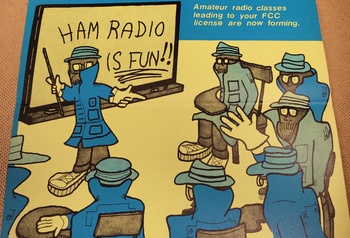 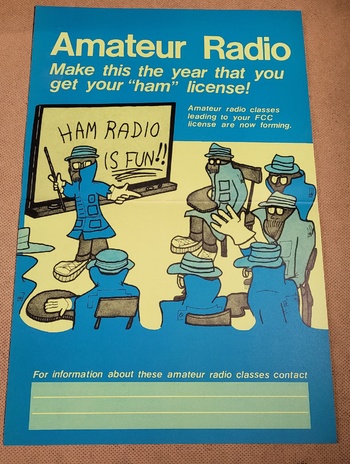 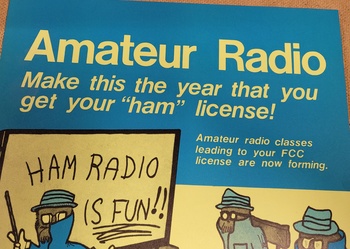 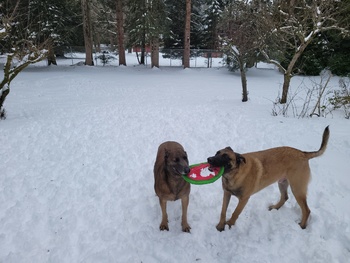 This is a Ham Radio License poster that you would use to promote your license classes to prepare for testing.

When I look at it, it makes me laugh because they look like a group of Hamburglers from McDonald's!

Found about 4 or 5 of these in the basement, all new. Gave the rest away at the Ham radio & electronics swap meet last year to a few radio clubs.

My father was into Ham radio and electronics most of his life. He repaired Ham radios as a hobby in the basement. People would send him radios from all over the United States and some from outside the United States. In 1961 to 73, he taught electronics and radio communications at Bates Vocational School in Tacoma Washington.

**Last picture...Sansa & Ueli, my Belgium Malinois Shepherds...we got some snow finally. As long as frisbee is involved, they could care less..had to order a few more dog frisbees as they don't last long..**