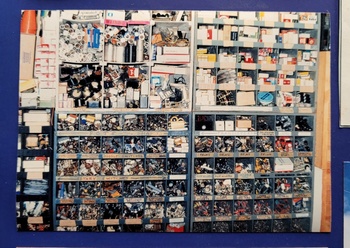 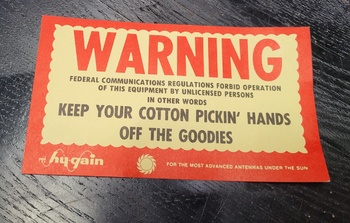 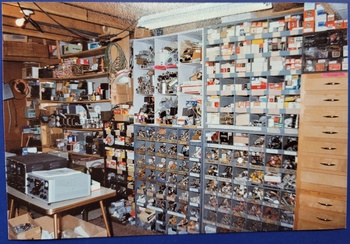 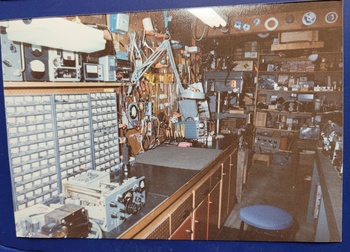 **DISCLAIMER - SEE BELOW (before you open a can of worms)**

Dad had this sign hanging in his electronics workshop in the basement. My father repaired Ham Radios as a hobby for fellow Ham Radio enthusiasts. He had a huge parts bin..see pictures. As a matter of fact, that pink sign in the middle of the parts bin, says the same warning!

**NOT WHAT PEOPLE THINK!**
“cotton-picking” as an expression of disapproval or emphasis. "It is a euphemism for the word “damned” and is just one of hundreds of Southern phrases used as an adjective and really has nothing to do with actually picking cotton." So, don't stir the pot!

Additionally most white people picked cotton in the past, unless they were wealthy. Cotton was not just picked by black slaves before the Civil War, and was picked by almost everyone in the years after the war.

Cotton was the cash crop of the South and money had to be made in a time when the South was poor.

Hy-gain
"Hy-Gain (often written "hy-gain") is a manufacturer of antenna and antenna related products for the amateur radio industry."