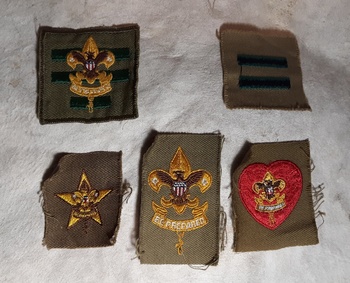 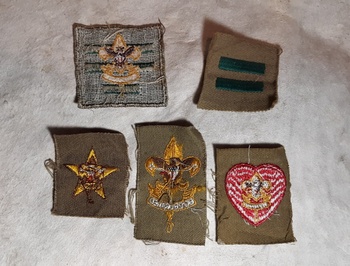 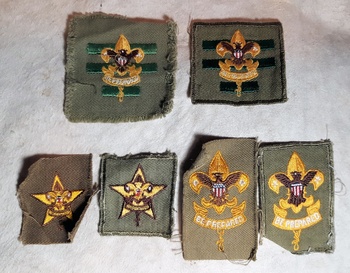 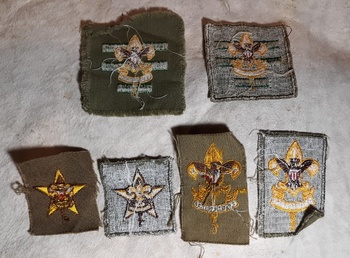 Another lot of vintage patches rank and position patches. Mostly for the 1946-1954 period. Only the top left patch is from the later 1955-1964 period. Next to it is the standard patrol leader patch. Senior Patrol Leader would generally be the highest position in a Boy Scout Troop.
The bottom row are rank patches, Star, 1st Class and Life. Life is the one with the heart and is the rank just below Eagle. Star is just below Life and then 1st class. The Life Scout patch from this period is very hard to find. Probably worth what I pair for the batch. In the last photo I have them with the later patches, actually an earlier patch for the Senior Patrol Leader. You can see the improved borders and backing, the older patches were fairly flimsy and they literally went through the wringer.
Eventually I will be able to show the evolution of each patch through the years. 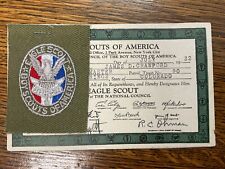 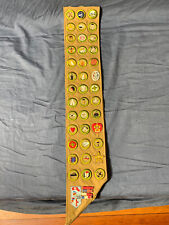 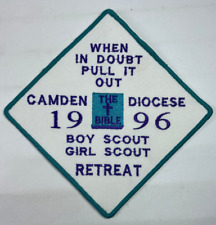 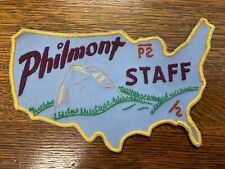