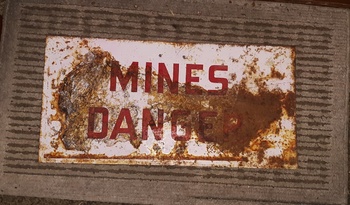 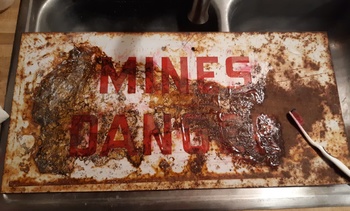 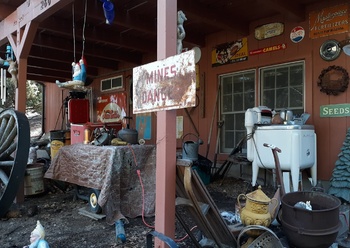 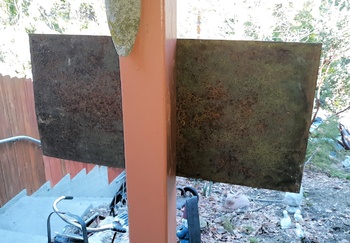 Something I picked up at the Long Beach flea market. All the other signs were going for full retail and then some. The sign is rather plain so the rust gives it some color. A bit less rust would have been nice on the E and R in DANGER but close enough. The sign is about 24" x 12". In photo #2 it is undergoing some rust removal. I had already removed some but I think you can see the improvement. It is a fence post sign so I put it on a post that holds up my deck. I live in the mountains were there were a few mines. They are just about a half mile away on the other side of the ridge. Not quite glory holes but they did OK.
Next week I have another exciting sign to post so be sure and check back.