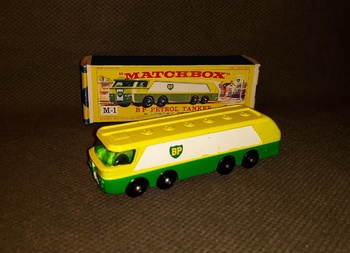 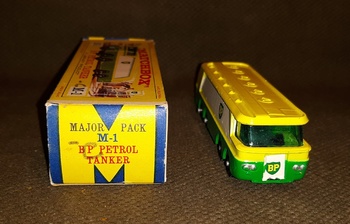 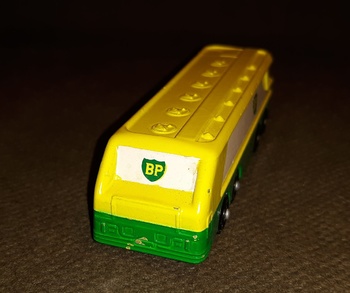 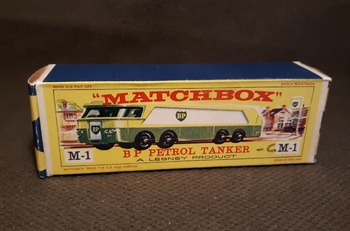 This model is based on prototype made by Leyland. Thus the futuristic styling. I can just see the film short, the petrol tanker of the future! Alas the only future it has was this Matchbox model.
Major Pack series models were larger vehicles that were in a similar scale to the car models. Eventually the line was discontinued although some were continued as King Size models.
The box for this one is an E Style box which was used for the last year of production for this model which was 1965. It was first released in 1965.
Thanks to the box this model is in pristine condition. I have been wanting one these for years so this is all good.