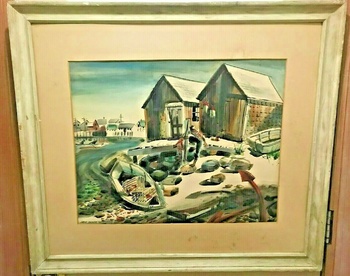 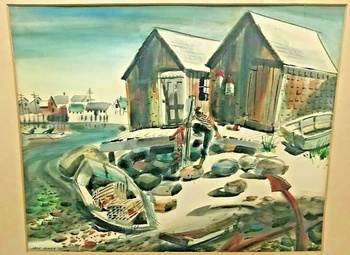 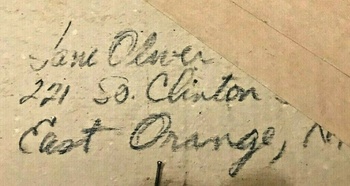 Jane L. Oliver (1921-2006) was born in West Haven, CT. She was a commercial artist, illustrator and painter (with a preference to watercolors) She studied at the Franklin School of Professional Arts on a scholarship for three years.

Early in her career she was a cover artist for the Los Angeles Times Sunday Magazine American Scene “This Week” series (1954), as well as an illustrator for such publications as Colliers (1955-1957).

In the 1960's and 1970's she was known for a series of popular travel posters for Eastern Airlines and Sheraton Hotels, as well illustrating a number of popular children's books. One of these "Pierre the Muskrat" (1972) she both designed and wrote.

She was a member of New Jersey Artists, Essex County Watercolor Society and the Salmagundi Club (NYC).

Her paintings are exhibited in the Newark Museum, The Montclair Art Museum (NJ), Upsala College Art Museum (East Orange, NJ) and the Abilene Museum (TX) and Bambergers Collection, as well as many other corporate and private collections.

For most of her adult life she was a resident of Essex County (NJ), living in the towns of East Orange, Maplewood and eventually Livingston, where she was living at the time of her death.

She is listed in Davenports, Artprice, Askart, Artfact, Artnet, Findartinfo