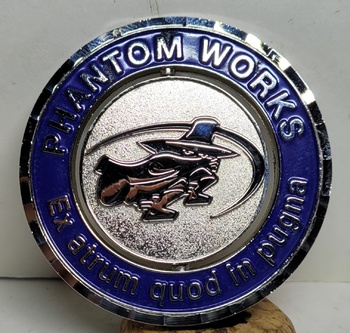 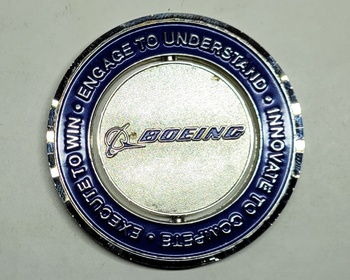 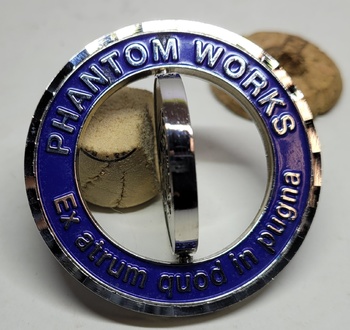 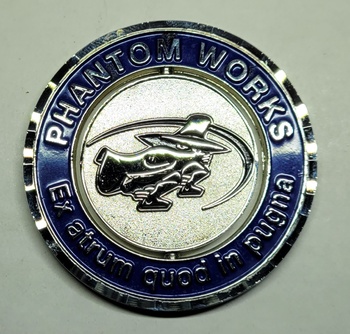 Another stocking stuffer from my sister. She picked this up at a garage sale and probably didn't know what it is, except a Boeing coin. I think it was stuck when she bought it, because I dropped it and realized it's a spinner! It has some nice machining with facet cuts around the edges of each side.

There is a list of "known" projects they've built...even if you heard of any of them, the chances you've seen one is slim to none. And I guarantee there's plenty more we'll never know of.

THE SPOOK
The Phantom Works logo is similar to the one used on the McDonnell Douglas F-4 Phantom fighter.

"The aircraft's emblem is a whimsical cartoon ghost called "The Spook", which was created by McDonnell Douglas technical artist, Anthony "Tony" Wong, for shoulder patches. The name "Spook" was coined by the crews of either the 12th Tactical Fighter Wing or the 4453rd Combat Crew Training Wing at MacDill AFB."