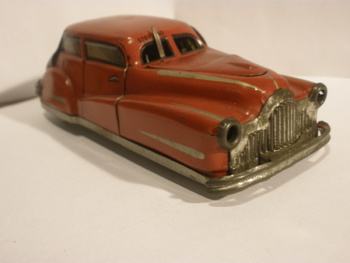 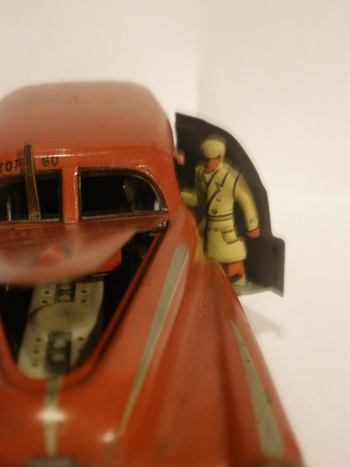 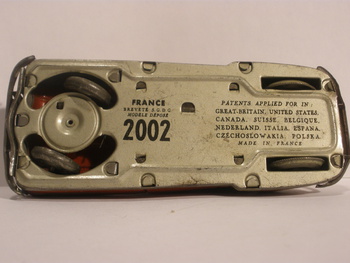 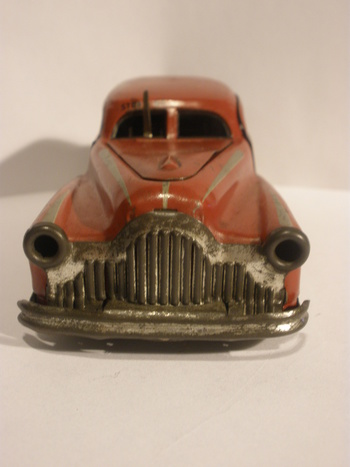 Bought this from a collection up in North Jersey. A little outside my collecting interests, but I only got it because I thought it was different. The gentlemen had some other Schuco cars (which have a similar amount of text on the bottom), so I suppose this may have been acquired around the same time he was getting those.

The mechanism on this one is REALLY neat. Wind it up, flick the switch to "go" and the car starts to go along in a straight line. Eventually it will start turning left, make a 90 degree change in direction, and continue. At one point, the car will stop, the hood will pop open, and the man opens the door to see what the problem is. He eventually goes back in the car and then repeats the whole process over. By far the coolest piece, mechanically speaking, that I have.