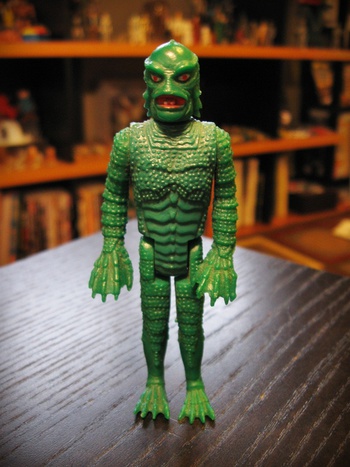 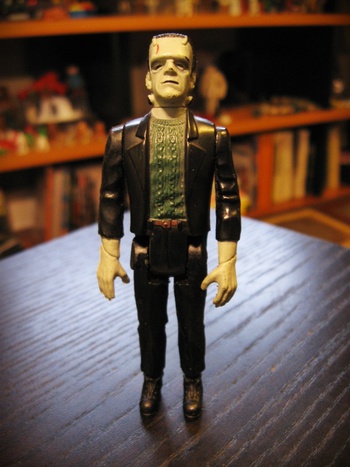 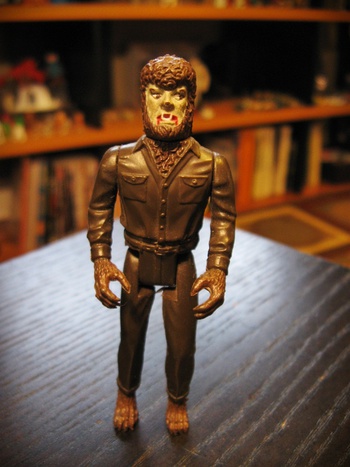 When I was a kid, it was pretty much mandatory that you loved monsters, and I was no exception. I used to pore through books about the classic Universal Monsters, devoured countless vampire and werewolf themed comics and probably watched Abbot & Costello Meet Frankenstein at least twice a year (whenever it showed up on our local UHF channels).

But one area concerning Universal Monsters that I missed out on was in the realm of toys and action figures. Remco had come out with a brilliant and sublime series of figures in the early '80s, which I would often see in stores, always intending to get a few, but always passing them over for yet another Star Wars or G.I. Joe figure.

I still have a vivid memory of a kid in my third grade class having all of these figures and bringing them for show & tell, and being insanely jealous. I vowed to get them the next time I saw them, but if I remember correctly, I never saw them again.

I managed to finally score an almost complete (I'm still missing the Mummy) set on a little-known auction site called eBay a while back.