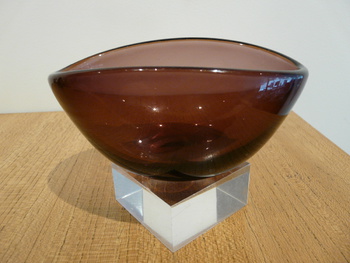 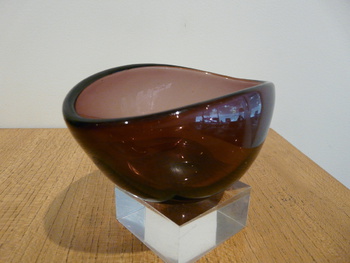 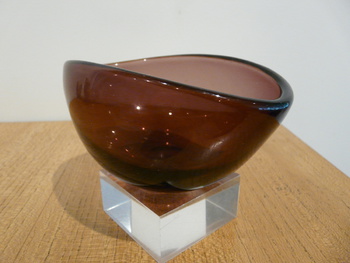 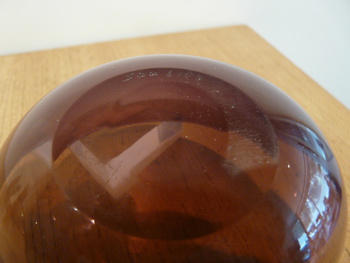 Kosta is actually the name of a glass centre in Sweden. But interestingly the name of the area was changed because of the fame of the glassworks. The name itself was derived by combining the first letters from the surnames of the founders of the firm: Anders Koskull and Georg Bogislaus Stael von Holstein, to form Ko-Sta. In 1742! They were even playing around with names like this in the mid eighteenth century.

Two hundred years later, in the same way, Inge Samuelsson, Sven Ernstsson & Tore Andersson formed a glassworks in the town (by then well known as) Kosta called SEA, the first letters of their surnames. This was in 1956 when they took over an existing glass business known as AB Ekeberga.

The designers may well have been one of the three owners Inge Samuelsson, Sven Ernstsson & Tore Andersson. If you can help me here I'd appreciate any input. But I have seen pieces from their factory in this early period that seem to be based on Vicke Lindstrand’s designs of the period. When I saw this little dish I immediately thought "Lindstrand, Kosta". No, delusional, the signature is not right. In fact later I found out that I was only right on the town, not the factory and not the designer. But it is my first signed item by that factory.