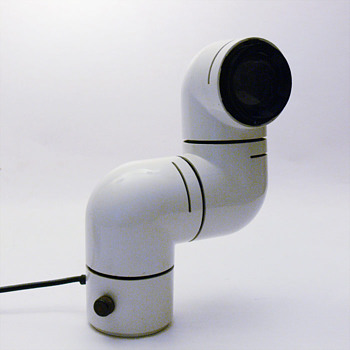 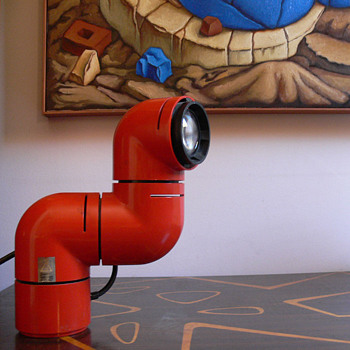 The TATU lamp is an iconic design from the Space Age design, something that would really fit in at Moonbase Alpha from "Space 1999"... It really is a funny but simple design: a heavy base that supports thre other angle-shaped pieces linked to one another trhough a plastic ring that allows them to rotate at will. The last one ends on a lens. It multiples the power of the small lightbulb inside as well as focuses the light in a point.

They're really sought after pieces and even if they became terribly popular in the Spain of the 1970s (they became the present to give to the coolest people) you don't see too many of them.

The white one is mine, got it online about four or five years ago. The red one is Carlos's. He got it as a Christmas or birthday present at age 16. You can see the original Silver Delta award sticker on it.