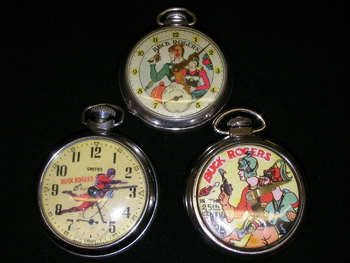 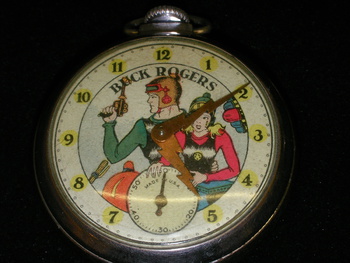 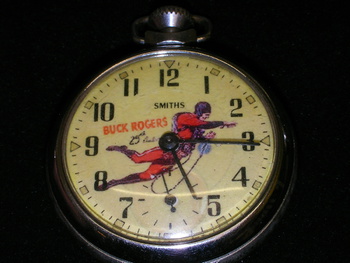 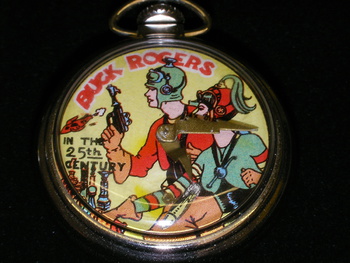 The top one is by Ingarham in the mid 30's. It has bolt action hands and the case back is embrossed with a one-eyed monster.

The watch on the left is by Smiths Ingersoll (made in Gt. Britain) probably in the late 50's or early 60's. Buck appears to be flying solo by means of wearing some jet propulsion gears. Wilma is not on the dial. Anyone with further information on this piece will be very much appreciated.

The one on the right is by Huckleberry Time in the early 70's. It also has bolt action hands and the seconds hand is represented by a spaceship that circles round and round as the second ticks. This pocket watch can also be worn as a wristwatch as it has 2 metal bars welded to the case back so that a strap can be attached to it.

Hope you enjoyed Buck Rogers in the 25th Century!!!

NOTE : kerry10456 has since looked at close up pictures of the dial for the Smith's Buck Rogers and has pointed out that the watch is probably a recent reproduction and not an original Smith's from 60's.