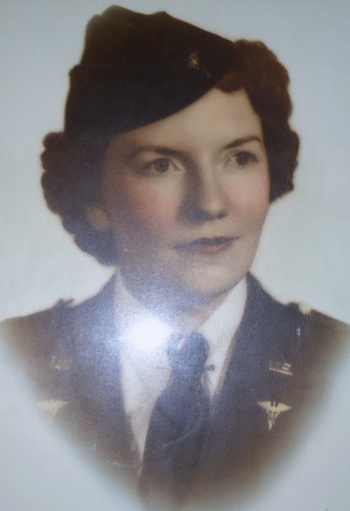 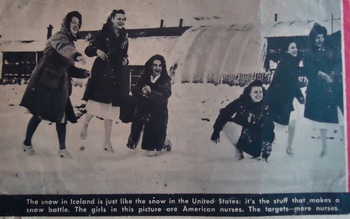 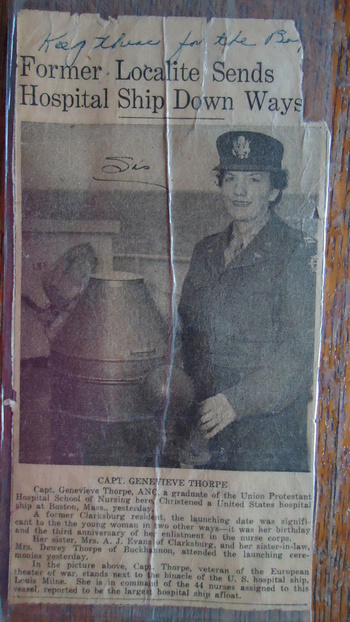 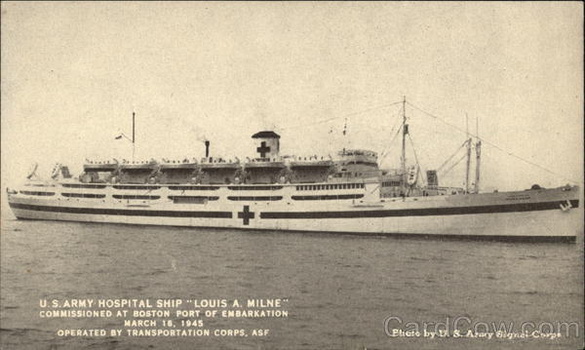 This is my mom, RN US Army WW-2, she was pretty famous, Stationed in Iceland, there was a fire and she saved some soldiers from Hospital, Then she went to England during bombing of London and helped wounded during the bombing, She took Winston Churchill's photo in Iceland with her camera, I have photo and camera she used. Then she went to New York and sold war bonds with Kate Smith,(see my next post) for photos of her and Kate! They became friends, my mom sent her chocolate! and Kate sent her a gold watch with diamonds! I have the watch! (see photo next post for letter mentioning chocolate and watch. My mom Christened the Worlds largest Hosp. Ship! (see article and photo, Kate came to Boston and sang God Bless America, She was Chief Nurse with 40 other nurses. (photo of her with I believe Dr.s, Coast Guard and Army, in my next post. Oh the photo of snowball fight, my mom is on the right if facing photo far right.